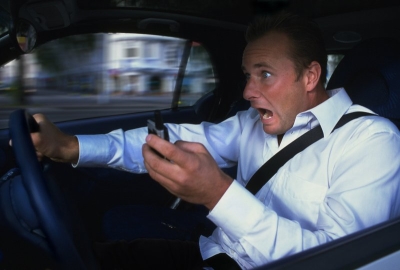 As one responsible for almost most of the articles appearing in this blog, Driving School Malaysia, I sometimes run out of good and interesting articles to write on. I suppose, this must be the predicament faced by most people who write.

Today however, I have decided to write on an article “The Idiosyncrasies of Today’s Malaysian Drivers”. In referring to Malaysian drivers, of course, motorcyclists are also included as well.

First of all, permit me to explain to you what Idiosyncrasies are. I wouldn’t have known the above word, if not for my former English subject teacher, Mr. Pandian J. I still remember him explaining the above word to our class while we were either in Forms 1 or 2. Idiosyncrasies said Mr. Pandian, are a way of thinking and behavior of a certain person.

Thinking about it therefore, all of us, I believe, have idiosyncrasies of our own.

I can still remember Nandu Natekar, India’s top national badminton player in the 1950’s. Natekar, had an idiosyncrasy which annoyed and irritated many of his opponents. After winning back the service, and prior to executing his serve, Nandu Natekar would first of all, mop the sweat from his forehead, chin, eyebrows and all parts of his body that he could reach, before finally doing his serve. Sometimes, these irritating movements distracted the concentration of many opponents. They even complained to the referee about it. But, nothing official could be done.

My elder brother, who also plays badminton with me in me younger days, also has a certain idiosyncracy. I am unsure whether I should tell readers about it though. You see, my brother, whether it’s due to habit or whatever else, has to put out his tongue and moving it from right to left before executing his service moves while playing badminton.

Let me tell you about another, interesting and funny idiosyncratic behavior of yet another friend of mine. He was a Mr. Wong C. K. I shall not divulge his full name, as I might very well embarrass him. He was my volleyball team mate in the 1950’s and 60’s.

Without a doubt, I admit, Wong was a good player. I have to admit that! But Wong had an idiosyncracy which all of us hated. Whatever a ball comes through the air and is destined to be taken by Wong, he would first have to clap his hands before receiving the ball approaching. The funny thing is, the faster the pace of the game, the faster my friend has to clap his hands.

These annoying clapping by our comrade Wong, tremendously affected our performance. What happens if Wong were to be prevented from clapping during a game? Well, even simple returns cannot be then executed by him at all.

Now, let us leave aside the idiosyncracies of my friends playing badminton and volleyball. Let’s move on today’s article in question- Malaysian drivers and their idiosyncracies.

Amongst the usual idiosyncracies commonly performed by Malaysian drivers today must surely be:-

i. Dangling their forearms out of the driver’s window whilst driving.

This used to be done by drivers in the early days of 1950’s and 60’s. But fortunately, this idiosyncratic behavior has not been seen much these days. The reason being, today’s cars are mostly air conditioned. In the old days, drivers who smoke wind down the windows and put the forearms outside. These are indeed dangerous antics. I do not recommend anyone doing it.

A fellow instructor friend, an Indian man, lost the use of his forearm when it was crashed into by a passing lorry. The above instructor’s instructing days ended after that fateful incident.

ii. Using the handphone whilst driving.

Malaysian drivers these days have a bad or rather dirty habit of committing the above annoying behavior. It’s not only dangerous, it may very well cause a nasty accident too.

Two day’s ago, a driver in a Volvo, negotiated a U turn in town while talking on the handphone. Could we expect a worse idiosyncratic behavior than the above scenario? I guess not.

It’s not surprising therefore, to read of frightening accidents happening almost daily on our Malaysian roads and highways all over the country.

iii. The non observance of traffic lights, junctions and crossroads.

A reader to this blog, a Mr. Peter Stalk recently wrote in. He commented Malaysian drivers do not seem to know how to drive. Mr. Stalk was outright blunt and outspoken. He further adds Malaysian drivers infact have no respect for others, disobey traffic lights and drive dangerously. How right he is!

Observe carefully and you will discover that the majority of Malaysian drivers and motorcyclists do not seem to adhere to traffic lights, junctions and cross roads. The above are dangerous areas!

Drivers should be careful. Driving in Malaysia these days, say my elder brother, B.H.Yap, is no more a joy anymore. It has become very dangerous chore. Many friends of my brother, he says, have since given up driving wherever they can. They now opt to travel by buses, LRTs and Taxis these days. What is Malaysia coming to these days, I wonder.

Malaysian drivers, especially the younger ones, seem to ignore zebra crossings, which are meant to assist pedestrians to cross busy areas such as schools, supermarkets and bus stations. The above is indeed a very dangerous offence.

The 4 examples of idiosyncratic behavior of Malaysian drivers is not something new. As a matter of fact, the above relevations have been highlighted again and again in my blog. But since these poor behavior are of extreme importance, I have decided to again highlight them once more for the benefits of all Malaysian drivers. It is hoped that by reading it, hopefully Malaysians will learn to become more proficient and better drivers.