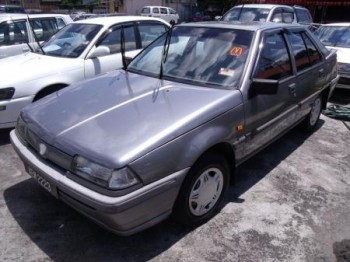 If you have been working in a company or an establishment for 10 or more years, you’ll be termed as an experienced member of the staff. There exists a saying in the English Language which reiterates, “Old is Gold”, or is it?

However, if you are a motorist, irregardless of whether you are driving a car or you own a motorcycle, and if you happen to want to renew either one of the above vehicles’ road tax, then you would surely face immense difficulty when attempting to secure their road tax annually. This is the situation in Malaysia lately.

For readers’ information, owners of old vehicles, which are 10 years and over, have been facing much difficulty in trying to secure 3rd party insurance coverage for a number of years now. Insurance coverage for an old vehicle which is more than 10 years old or more, used to cost approximately less than RM100 two or three years ago. It must be borne in mind that the above calculation comes with a 55% NCB (No Claim Bonus) discount.

I hold onto this contention because to date, there has been no concrete evidence whatsoever to support the premise as such.

Vehicles which are 10 years old or more are mostly used by owners who are mostly village or kampong folks, pensioners and the lower income group. Such vehicles are essentially used to conduct shopping errands, carry out small time businesses like operating “nasi lemak” and “goreng pisang” stalls. Such cars normally travel slowly and I do not believe that such cars or vehicles are used to travel long distances.

Any old vehicle owner who contemplates to drive his old “jalopy” upon highways and expressways must surely be out of his mind. To do this would be tantamounting to invite “troubles” and “problems”. With such reasons to back up or oppose old vehicles as high risks, insurance companies insistence to deem old vehicles as such is totally uncalled for and unfair.