The Introduction Of Pure Electric Cars Into Malaysia

The Introduction Of Pure Electric Cars Into Malaysia 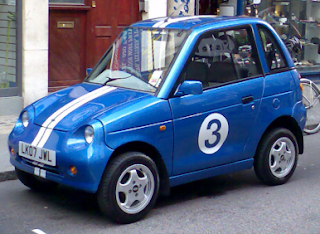 In my last blog post, I wrote about some facts on pure electric car or electric vehicle (EV). In this post, I thought of writing on the subject of introducing electric cars in Malaysia.

If EVs were to be introduced in Malaysia, it has to fulfill 2 criteria:
i. Has to be able to provide or travel at least 50 miles (known as Neighbourhood Electric Vehicle) and 90 miles (known as Highway) cars.

ii. And it should be available in the market within span of 3 years.

Besides the United States of America, electric cars have been reported to have been around in the United Kingdom for a good number of years already. In U.K., electric cars are provided special tax exemptions, free road tax and other special perks. Electric vehicles are therefore becoming more and more popular there.

Electric vehicles are said to be powered by an electric motor, either A.C. or D.C. the electric car is said to drive its power from an on board battery pack acting as an “emergency store”. Normally, most electric vehicles use batteries which are “nickel metal hydride” variety or “lithium-ion” type.

The said batteries can be charged rather easily by simply connecting the vehicle to a mains power supply. It is usually charged overnight to achieve a full charge. However, most modern electric vehicles also feature a modern contraption which is known as the “regenerative braking system”. This allows a battery to be charged or “topped” up when a vehicle’s brakes are applied.

Current electric vehicles found in the U.K. are usually smaller 2 seater cars. They are not only smaller but are also lighter. 4 seater models are also being introduced into the market.

Electric cars in the U.K. presently can achieve top speeds of 25 – 40 mph. They can travel up to 40 – 100 miles range per charge. Such electric vehicles are therefore suitable and good for city driving.

Huge savings can be obtained through its usage. Traffic in general is low speed, around 25 – 45 mph as shorter distances are travelled.

Electric cars are zero emission vehicles. In general they get various tax exemptions. Electric vehicles have no need to fill up petrol. To say that electric vehicles produce no emission at all is a fallacy indeed. In fact, emission are produced during generation of electricity needed to charge the battery of a car. However, this problem can be overcome with what is called a “renewable energy supplier”.

In the United Kingdom, one has to make a mention of the “G-Wiz”, a small, electric car that is currently crating a sensation in the U.K. The G-Wiz is said to be the best selling vehicle in the U.K. today.

The G-Wiz is said to be powered entirely by electricity. It is a small and a very nippy plus a great fun to drive vehicle. It is capable of going at 50 mph with a range of 48 miles, making it an eco friendly urban and suburban driving car.

In the U.K., the G-Wiz is given free road tax, low insurance, free parking and no congestion charge in London. Readers might wish to know the vital statistics of the G-Wiz which includes:-
i. It is 100% electric

ii. Can travel up to 48 miles range

v. It has a 2 year full warranty

vi. Is available in 2000 colours and designs

vii. It has lead acid and lithium-ion(L-ion) battery options

Who knows the above G-Wiz, might very well be introduced into Malaysia very soon. It is hoped that Malaysians will be given the opportunity to enjoy driving the above green or electric cars soon and also enjoy all the benefits it provides.

For this to happen, the G-Wiz should first of all be imported into our country by a “franchise” holder, a large company which has the intention of promoting the use of electric cars in this country.

Besides describing about electric cars or vehicles, this article should rightly be talking about “hybrid” cars as well. Hybrid cars generally use a combination of 2 power sources.

The most common “hybrid” cars in the Malaysian market today, use both electric motors and petrol combustion engines. Batteries charge and act as a storage device to power an electric motor, which works when the vehicle is travelling a low speed or in dense traffic. It is therefore ideal for city or town driving.

The petrol engine, which is usually, a small, efficient unit then powers the car when more power is required, such as at high speeds, allowing the combustion engine to operate at its more optimum efficient speeds. A number of manufacturers have announced plans for diesel-electric hybrids. It is expected to be available as soon as 2008.

The combustion engine of a hybrid car is used to recharge the battery through regenerative braking, therefore hybrid cars need not be plugged in to an external power supply. This combination of battery power and internal combustion engine, produces less pollution and CO2, as no gases are released when the electric motor is running.

In Malaysia today, examples of hybrid cars are models from Honda motors called the Civic and the Prius from the popular Toyota motors. Both are said to cost well over RM120,000 to RM135,000.

For readers knowledge, both my brother in-law, Mr. Ooi, who owns a Honda hybrid and my son in-law, Kin, who recently bought a Toyota Prius hybrid and he was lucky to get ownership of it prior to Japan being hit by the 9.0 earthquake followed by the disastrous tsunami together.

Both Mr. Ooi and Kin are very happy with their hybrid cars so far. Should the two gentlemen were to meet again at a later date, I am quite certain that the subject of hybrid cars will still remain a hot topic on their agenda.