Beginning 5th August 2010, Malaysian drivers seem to be affected by 3 main news in the local newspaper.

The first one is none other than that which involves saman ekor. For the benefit of foreign readers who might be reading, permit me to explain what saman ekor is. Saman ekor are actually traffic summonses which are supposedly issued by the authorities especially the police.

According to the United Malays National Organisation (UMNO) Chief, Khairy Jamalludin, the practice of issuing such summonses (summonses for traffic offences caught on camera) denies motorists the right to defend themselves. 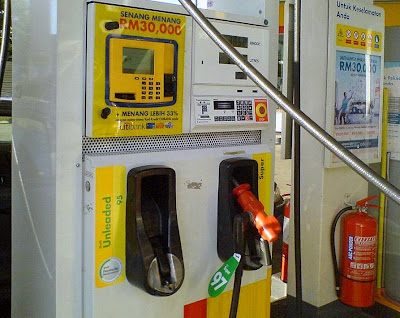 In case you are unaware, it was reported recently that the police department had issued some 10 million summonses since 2000. Motorists who choose to ignore these summonses can be brought to the police station.

Besides the above action by the police authorities, the police can even liaise with the Road Transport Department to blacklist motorists. If this should happen, a motorist risks having his road tax not issued. A motorist can even have his driving license disallowed its renewal too.

Malaysian drivers have for a long time insisted that saman ekor should not be allowed. The UMNO chief in his meeting with 14 bus and taxi associations all across the country has suggested that the saman ekor should be scrapped. Well said and done!

Khairy was reported to have commented the saman ekor issue is first of all unfair. The UMNO chief is of the opinion that enforcement authorities should instead resort to issuing summonses on the spot.

The saman ekor is said to be a summons notice which is allowed for under Section 170A. Offences which are caught on camera, such as speeding, parking indiscriminately or summonses whereby the police could not apprehend the offenders are more often than not summoned via such summonses.

The above notice is usually sent to the offending motorist by registered post. According to the President of the Peninsula Malay Bus Operators’ Association, En. Tajuddin Yunus, if their vehicles were to be blacklisted by saman ekor, operators could not be able to renew their permits and the road taxes of their entire fleet. This then would affect their operations.

Further, Tajuddin went on to add, that such practices was not a deterrent to errant or bad drivers of the company. At times, such drivers would have left the employment of the company.

With the UMNO Youth chief interjection, it is hoped the authorities will take immediate steps to settle the issue of saman ekor as soon as possible once and for all.

The next problem which Malaysian drivers should be aware of would be that which involves the actions of car repossessors. Some time or other, most drivers in Malaysia are involved with this menace.

Most of us purchase our vehicles through bank loans. I am able to recall an incident where a vehicle which was bought from a sales agent way back in the 1970s was repossessed on fine day by the repossessors. A police report with the Commercial Crime Department of the local police station revealed that the repossessors in fact had done their job legally. They had the repossession papers required.

However, the Domestic Trade, Cooperatives and Consumerism Ministry, in its recent amendments to the Hire Purchase Act 1967, has made it necessary for all repossessors to be registered with its Ministry from now on. It may now be not that easy anymore for car repossessors to carry out their work. Car repossessors are also required to be more ethical when trying to repossess vehicles from hirers who have failed to service their loans.

Datuk Rohani Karim, the deputy Domestic Trade, Cooperative and Consumerism Minister reiterated, a car repossessor would need a court order before they can repossess a vehicle that a hirer has already paid 75% of its loan.

The third problem which seems to be troubling some Malaysian motorists this week seems to be that which involves the RON 95 petrol. Beginning 1st August 2010, Malaysians who drive foreign registered vehicles, such as Singapore or Thailand or even Sabah registered vehicles may likely face some problems when purchasing fuel RON 95. It has been reported that some petrol kiosks operators have refused to sell such fuels to Malaysians.

Malaysians driving foreign registered vehicles are asked to report such instances to the relevant authorities if they are refused by petrol kiosk operators to purchase RON 95 petrol even after they have produced their MyKad.

Johore state Domestic Trade and Consumer Affairs department director, En. Che Halim Abdul Rahman, a directive has been sent to all petrol kiosks operators with regards to this matter. Petrol station owners are advised to follow the new ruling strictly and not impose any restrictions of their own so as not to inconvenience the public.

Should petrol kiosk operators find it difficult to verify the identity of a local, consumers will have little choice but to produce their vehicle registration cards and MyKad prior to the purchase of fuel RON 95.

Contact 07-2272828 and ask En. Halim should anyone possess any queries pertaining to the new ruling.

The Domestic Trade and Consumer Affairs Ministry has recently amended the ruling to allow Malaysians driving foreign registered vehicles to fuel up with RON 95 as long as they can produce their MyKad at the kiosk first. That I hope has finally settled the question of RON 95.

Talking about RON (Wayne Rooney) together with striker Park Ji-sung, will be fielded against a Dublin League XI in a friendly game very soon!