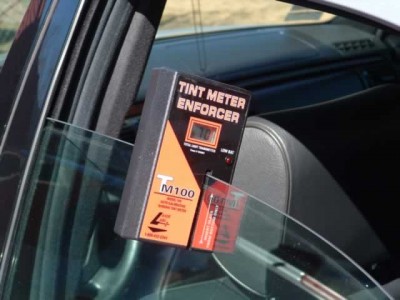 After the tsunami incident a few years ago, the weather in Malaysia has changed drastically. It has become extremely hot. The sun appears very glaring.

Most Malaysian motorists, especially those buying new, expensive cars, usually have their vehicle tinted. Many drivers believe, driving in a tinted car, is more conducive.

New vehicles usually have their screens and windows darkened or tinted. It makes the interior of the cars much cooler, thereby making it more bearable.

There is however one drawback regarding tinting our cars though. Motorists can only tint their vehicles up to a certain degree. Excessive tinting can land a Malaysian motorist in trouble with the laws.

Speaking about tinting, do all countries follow the same requirements? Is it the same for all countries, for example Singapore, the United Kingdom and here in Malaysia?

It is my contention that the laws should nearly be the same everywhere. There might be some slight differences though.

The VOSA (Vehicles Operators Services Agency) which is infact a subsidiary of United Kingdom’s M.O.T. (or Ministry of Transport) stipulates that according to it and under the Road Vehicles (Construction and Use) Regulations 1986, the amended act clarifies that the minimum level of light permitted for front windscreens, side windows and rear screens are as follows. Its specifications are:

i. Vehicles prior to April 1985, must allow 70% transmission of light via its windscreen and 50% through its other glasses.

ii. However, vehicles used after April 1985, must allow for a 75% transmission of light through its windscreen. Other specifications however, remain the same.

Readers of this blog have often asked, are there special exemptions? Can a vehicle in Malaysia be allowed special allowances? Can a vehicle have its windows tinted darker or heavier than the specifications as given in the above act?

The Road transport Department advises, certain persons, only specified under Rules 11(a) and 11(b) of the Motor vehicles (Prohibition of Certain Types of Glasses) 1991 are given exemptions. Any person not included in the 11(a) and 11(b) category, who faces exposed skin problems and security threat many however, apply for special exemptions.

Speaking on the subject of tinted glasses, what if a Malaysian motorist fail to adhere to Rule 5(1) and Rule 5(3) Motor Vehicle (Prohibition of Certain Types of Glasses) Act? What are its punishment according to the laws?

The JPJ Portal advises:
Owners and drivers who contravene the rules are liable to be:

How can Malaysian drivers go about applying for permission to have their vehicles tinted heavier than permitted?

The Road transport Department advises as such. Motorists should use Form CG1 obtainable from its Putrajaya Headquarters. The Documents required are:-
i. A person’s certified MyKad or identity card
ii. A letter of confirmation from a government medical officer and latest medical records
iii. For cases of security purposes, one has to attach supporting documents

Rest assured, all applications would be provided due consideration. The Director-General of the Road Transport Department, will look into it and finally submit it to the Minister of transport for his approval eventually.

For those intending to renew the above special conditions, please remember that all renewals should be made 3 months prior to its expiry. For further details, one is advised to refer to JPJ Portal.

And finally, I would like to advise all Malaysians reading this blog, permission for the use of specially tinted vehicles are normally given for 1 year only. Do not forget to make your renewals.