I have written upon the topic of how to deal with driving school and institutes’ vehicles, vehicles used for testing purposes by the J.P.J. authorities and “P” owned vehicles.

However, even though a promise was given to talk about:

But due to the fact, the earlier article was getting too lengthy, therefore it was decided to continue discussing about the above in another article.

Buses normally are huge entities. Large vehicles are normally dangerous. As such, a driver is advised not to go too near it. When following behind a vehicle, such as a bus, avoid following too near it. A 10 second or 12 second distance as advocated by the defensive form of driving is suggested. 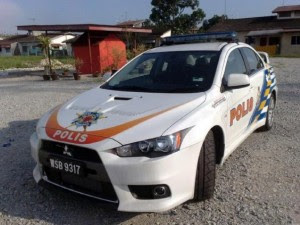 Taxi drivers, unfortunately, are renowned to be rather poor drivers. Some taxi drivers drive rather recklessly. When taxis stop, drivers should be on guard. Passengers tend to open taxi doors to come out from the vehicle.

The above action by passengers of taxi can be something which is considered as dangerous. I have personally seen taxis drivers who stop suddenly without using signals at all. This happens when taxi drivers chance to see passengers. They then choose to stop whenever they like, irregardless of safety. Therefore, the public is advised to be extra careful about the antics of such taxi drivers.

These multi wheel monsters are without a doubt are dangerous vehicles. Driver of small vehicles should ideally not go too near them. Neither should we envisage to go alongside them especially when they are carrying heavy loads such as containers.

Another thing that we have to know about trailers is that they possess air brakes which are very powerful when applied. A trailer driver, due to its huge size, are said to be unable to see around their vehicles especially on their blind spots. So drivers of smaller vehicles should ideally keep a safe distance away from them.

When following a trailer, one should adopt what defensive driving suggests. Keep a safe distance of 10 – 12 seconds. Another advice which should be given to motorists we should observe carefully on the bodies of such vehicles are signs like “Danger”, “Long Vehicles”, “Air Brakes”, “Inflammable Cargo” and so forth.

If possible, avoid entering the front portion of such vehicles suddenly. It’s because such huge vehicles require a further distance to enable them to stop. Trailers and large vehicles need a large area and distance, especially when they take off, going uphill and while taking corners. So stay away from them.

One should be more careful when one is attempting to overtake these vehicles. These vehicles have large blind spot areas. The best drivers can do is to communicate with the lorry drivers by blowing your horn often and make known your intention to overtake them. Although not many in numbers, our roads do also cater for large vehicles such as cranes, tractor and bull dozers too. They sometimes have to move from one destination to another.

Very large crane unit when moving from one place to another have special units in cars, who help to control traffic when such big monster move. Drivers of smaller vehicles should see to it that you follow the instructions given by these special mobile units. Also make sure you stay further away from them. In short, give way and stay clear from such huge entities.

Police cars should ideally be given the right of way, especially when they are carrying out official duties. The correct way is to stop beside the shoulder to allow police vehicles to proceed. Many drivers nowadays do not seem to give way to ambulances. When we hear an ambulance approaching us with its siren wailing, we actually have to stop our vehicles on the road shoulder and allow ambulances to go through. You in fact can be summoned for not giving way to ambulances.

A friend of mine, Mr. Ting, who is a very good driver himself used to tailgate ambulances way back in the 1960s. My advice is, do not do it. It’s not only dangerous, it is also an offense.

Finally, I have also explained very expressively how to deal with the problem of huge and heavy vehicles such as trailers, tractors, cranes as well as bull dozers. Hopefully, readers are not better equipped to deal with these problems, should they arise.