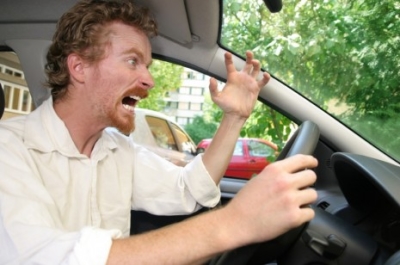 Like other countries I suppose, Malaysia has its fair share of road bullying or road rage. As a motorist of many years of driving experiences, you surely must have heard of many cases of the above in your lifetime.

Before proceeding any further with this article are you aware that a motorist who takes the law into his own hands, is indeed committing an offence?

Malaysians, it was reported in a survey done recently by MIROS (Malaysian Institute of Road Safety Research), are an angry and dangerous lot of people on the road. Antics of other drivers might tend to irritate and make you angry. But in reality you have to be patient and try to control yourself. However, there are a certain percentage of drivers amongst us, who can be driven to risky behaviours. By this, I imply that they then become road bullies or indulge in what is called road rage.

In this article, I would like to quote to readers, cases of road bullying or road rages that I personally knows of.

I live in a housing estate. Amongst many of my neighbours and acquaintances, is a person, a Chinese gentleman, 50, that I know. I should categorise him as being an eccentric. In short, mad, you might say. As you know, yours sincerely, is a driving school instructor for well over 42 years. I must admit that even I, sometimes commit mistakes. That is normal, you will surely agree.

I once stopped at a junction in my housing estate. In fact, I stopped too close to the vehicle infront. It was my fault, I do not deny it. Unfortunately, the driver infront of me, was my eccentric or mad friend that I told you of earlier. Due to whatever reasons which I’m not aware of, the said driver’s car infront suddenly rolled a few inches backwards, nearly colliding into me. If you were me, what would you do? Sit quietly and do nothing?

Well, I did what any sane minded person would do. You will automatically horn at the driver infront, won’t you? Well, that’s what I did. This not only frightened the driver ahead, but made him angry as well. He turned his head around, and with his palms, made a dirty international sign at me. This is what I mean as a behavior of road rage, which unfortunately Malaysia drivers are capable of.

If you are unlucky, in some cases of road rage behavior, a driver normally comes down from his car to assault the other driver. This can cause bodily harm, that can sometimes even end up in murder or manslaughter.

Permit me to quote to readers a true life situation of road bullying or road rage. If happened at the Merdeka Stadium, Kuala Lumpur some 50 years ago, in the 1970’s! It infact befelled my Karate instructor, Mr. C. Soo.

My instructor was a small, sized exponent, less than 5’6’’ tall. He was, if I remembered correctly, attached to the Karate Budokan or Association of Malaysia.

Let me tell you something more regarding Mr. Soo. He recently received his datukship! Congratulations to him. Mr. Soo, for readers’ information, was also once crowned the Malaysian Karate Champion in a competition which was held in East Malaysia. Although a champion, believe me, Mr. C. Soo, was an amicable, soft spoken and humble person.

An arrogant person, he was certainly Not! One could safely say, that karate to my instructor, Mr. C. Soo, was for protection and defense only. And definitely, not for fighting or hurting anybody.

And now, let’s come back to my story in question. The story has it, Mr. Soo, was alone when the incident happened. He was waiting patiently for another car to come from a parking lot. Before he could go in to park, another car, with 4 or 5 Malay youths inside, cut que and sped into the parking lot which my instructor had already intended to enter. Any person you would agree, would be enraged with such ungentlemanly behavior, don’t you think so?

As a karate instructor and albeit a Malaysian karate champion of all things, Mr. Soo would certainly not be taking such unruly behavior lying down! So, he approached the driver of the car carrying the 5 ruffians. He politely asked them why they had behaved in such a manner.

The driver, who happened to be a huge, gorilla sized character, come rushing to shove Mr. Soo away. That was when my instructor instinctively executed a horse kick or reverse kick. It landed squarely on to the assailant’s chest. The powerful kick sent the enemy back into his own vehicle.

Mr. Soo, my instructor, had emulated what Bruce Lee did in the Way of the Dragon other friends of the large, Malay guy, immediately fled in all directions! Luckily, a road rage incident, had ended up in the assailants becoming the victims instead.

The 3rd road bullying or road rage incident I would like to relate to all my readers, must surely be the case of Michael and Angelo. Michael and Angelo, were in fact a duo of Filipino singers, known ass Ninja Turtles. They were both, twin brothers. They were then performing at the Petaling Jaya Hotel Hilton lounge.

In a road rage incident near a traffic light junction in Petaling Jaya, one of the twin brothers, Michael, I think, was involved in a argument with a group of Chinese ruffians. Story has it that after the argument ended, the group later tailed Michael’s car, overtook him at the junction ahead, disembarked and forcefully pulled out the victim from his car, and stabbed him with an ice pick.

The assault resulted in Michael’s lungs being pierced. He unfortunately succumbed to his injuries. A road rage had ended in a case of manslaughter.

Following the report or survey made by MIROS, the Road Transport Department has come up with an advisory. The RTD above, wants motorists to report all irresponsible and dangerous behaviours by other drivers. Road Transport Department’s Director-general, Datuk Solah Mat Hassan also said, complainants can call in to inquire the status of their complaints. And JPJ or RTD will advise them of what actions had been taken.

To talk about or relate regarding road bullying or road rage behavior happening in Malaysia, without making a mention about the classic example of a road rage incident which happened in Kuala Lumpur, some few years ago, would be inappropriate.

The above interesting and yet shocking incident of road bullying involved a prominent businessman, a well known son of Malaysia’s early political figures. Mr. Lee, it was reported, was one of the sons, if I’m not mistaken, of the first Finance Minister of our country, H.S.Lee.

In a minor argument with another lady motorist, Madam Lee also, Mr. Lee disembarked from his vehicle, armed with a shotgun. The said assailant had lost his senses and was in a rage. Madam Lee was brutally shot. The above incident of road bullying shocked our entire nation.

In a court case that followed, Mr. Lee, the son of an ex-minister, was found guilty. I heard that he was then imprisoned for his actions, but was later on pardoned by the King or Yang di-Pertuan Agung.

In conclusion, I would like to advise all motorists, drive with care, be patient and settle any motoring disputes and squabbles amicably. Let the police deal with any case that should arise in the process of driving.

Remember, you should not take the laws into your own hands. It is an offence! You will, I believe, regret your road bullying or road rage actions later on. Let’s be patient. Patience, they say, is indeed a virtue.