Saman Ekor In Malaysia – Is It Working Out?

Saman Ekor In Malaysia – Is It Working Out?

In an article to a daily newspaper, a reader who calls himself “Unhappy citizen”, reiterated that he feels the police should stop saman ekor immediately.

He says further that it is not fair to motorists. In fact, I have refrained from touching upon this sensitive subject for quite a while now. The reason why this stance has been adopted is because I do not wish to be embroiled in it. 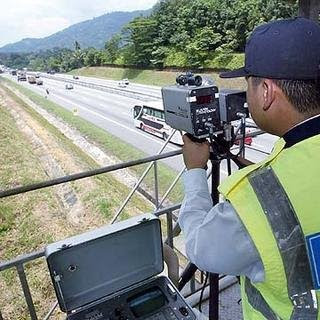 “Unhappy citizen” went on in his article, having to settle the summons means drivers are admitting guilt when we may not be aware that we have been summoned in the first place. I am fully aware of Unhappy citizen’s frustration and anger over the issue of saman ekor.

A few years ago, I received a shock of my life while checking the police web site to ensure whether I have any outstanding summons. I was surprised that I was blacklisted. It seems that my old jalopy, a Toyota Corolla, a 1980 model received a summons in some remote town near Seremban in Negeri Sembilan.

What a ridiculous shock it was to me!

First of all, I have never even been to that part of Negeri Sembilan. Secondly, my wife, who was working on the day the summons was issued, drove the Toyota to her work place in Port Klang.

Thirdly, there was no way the Toyota could have been near Port Dickson or being driven by someone else. We have never, ever lent our old car to someone else, for that matter.

Fourthly, it should also be reminded that our Toyota was a very old car. Who in his right mind would ever envisage to drive such a vehicle a few hundred kilometers to Negeri Sembilan from the state of Selangor?

Let’s us now come to consider the question of, is it fair for the authorities to do such a thing in the first place?

When doing a study on the history of ancient China in Penang some 20 years ago, my lecturer on the subject, a Mr. Abdul Rahman used to remind us students that ancient China used to follow a judicial system whereby a person is guilty unless he is proven innocent.

As a student then, I opposed such a maxim that was advocated by my lecturer. Mr. Rahman, in fact did his utmost best to explain to use that China in those days was usually under a dictatorial King or Warlord.

Now, let’s come to European law, which Malaysia is following today. While studying English Legal Systems, one of the compulsory papers necessary for the intermediate level for University of London examination, time and time again I was told a person is innocent until he is proven guilty.

It looks as if the police and the relevant authorities have today chosen to adopt ancient Chinese judicial system. Inspite of the fact that today, Malaysia has now entered into the 21st century and is a fully democratic country.

Readers can therefore decide for themselves as to whether the saman ekor used is right or wrong. I will not be drawn into making a conclusion. The choice is yours to make.

If anyone should feel that you have been intimidated, by all means, engage legal counsel and fight it in courts. But do remember, all these will take time and a lot of hassle.

Are you, as a driver able to withstand all the problems you will encounter? Are you able to withstand not using your faithful vehicle for a few months, at least while waiting for your court case to proceed? Only you can answer that question.