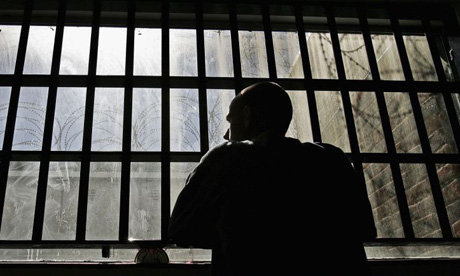 As a motorist in Malaysia should ideally be well versed with the Road Transport Ordinance (R.T.O.) 1987.

Today’s article will therefore elaborate on this important ordinance and the various punishments which motorists have to face should they infringe this Act.

Many drivers, especially young people just cannot wait to get their hands on a driving license the very moment they reach the age of 17. To them, to be able to drive is their ultimate dream, their goal in life, so it seems. Drivers think being able to drive a vehicle, especially a car is something nice. It takes you places you would like to go.

In today’s article, I will relate to you and make you realize that according to the R.T.O. 1987, committing certain offenses under this act can bring about punishment under the courts of law. As I reiterated much earlier, driving is not a bed of roses as you might contemplate it to be. Read on and you will surely understand what I’m trying to say.

Very recently, I had the chance to meet a couple whose son underwent driving lessons under me a few years ago. The son in question must now be at least 20 or 21 yours of age. Upon inquiring about the couple’s son, the parents appeared to look slightly worried and troubled about something. Upon further investigation, I was told by the mother that the son I tutored driving in some years ago, in fact met a traffic accident just recently.

Well readers might inquire, after all meeting with an accident might seem to be just normal thing which many drivers face. In fact, I have met numerous road accidents in my lifetime. In reality, I have been summoned quite a few times already and fined a few times too.

What’s so special about meeting an accident after all?

The accident in question was rather unique one. The story has it, my friend’s son met with an accident recently. In the accident, it was reported he was knocked into on the side of his vehicle. And the curious thing about the incident was the driver who crashed into him, died in the accident.

According to sources, my friend’s son was charged under Section 41 (1) of the Road Transport Act 1987. In case readers are unaware, amongst the many traffic offenses found in the R.T.O., Section 41 represents the most serious of all traffic offenses.

iii) A person’s driving license is to be suspended from the date of the court case until the court decides upon the prison sentence.

A young man of hardly 21years of age, one who is in his prime of life, who has just not even yet completed his tertiary education, suddenly faced with such a major problem. This incident would go on to provide this young man much tension and worries. At least until the court case is over.

Who would ever anticipate that a simple driving license which is supposed to provide much driving pleasure to us will go on to create so much agony and worry to someone so young and inexperienced.

What worries the parents of this young driver is that it is eminent and quite possible that their son might face a prison sentence for causing death in a road accident.

To all young drivers who possess driving licenses, beware! To them, what I would like to advise is, please drive carefully. Do not drive carelessly as you might face the same predicament as what has transpired to my friend’s son.

A driving license can sometimes turn out to be a source of miseries and worries besides bringing you much joy and pleasure. It is like a double-edge sword. All drivers, especially the young ones should be made to realize, a license to drive, if used incorrectly can kill someone. And in the process, it can also lead you to a mandatory jail sentence as well.