How to Use the Right Gear on a Manual Car

How to Use the Right Gear on a Manual Car

The Correct Usage of Gears on a Manual Car 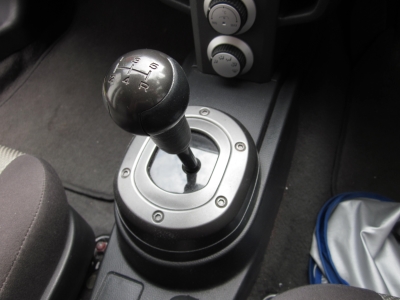 The 1st gear is a “momentum” gear. It is not supposed to drag the car for 20 – 30 yards. So, as soon as the car has gained momentum, quickly change to 2nd gear.

The 3rd gear, unlike the 2nd gear, can bear the brunt of pulling the car to a speed of 30 – 40 km/j. It is actually performing the task of accelerating to higher speeds.

By changing the gear to the 4th, the car by now should be cruising along comfortably. The option of whether you wish to change finally to the 5th or otherwise, is entirely up to you.

By changing over to the top gear (5th gear), the ride will be “smoother” and obviously you’ll also end up saving on fuel consumption.

If the above all seems to be emphasizing on the method of accelerating the car from gear one to gear five, what or how about “decreasing” the speed?

Using The Right Gear When Slowing Down

Seeing a sharp or slight corner ahead of us, tells a good driver, that the 5th gear that we’re in might create a little bit of a problem as far as “controlling” the car is concerned.

Our sixth sense tells us that we should quickly change down to the 4th gear. Leave the clutch gently and the engine will automatically pull down the car to a safer speed.

The moment the road ahead straightens up, accelerate slightly to gain further momentum or “speed” and finally change back to the 5th gear and off we go again. Beautiful and safe driving!

Practice the above advice. Rest assured you’ll not get into a “spin”, especially in the rain.

Using The Right Gear On Slopes

The above advice for negotiating in a “corner” applies also to approaching a “slope” or “hill”.

Sensing that we’re about to meet a slope or hill ahead, quickly change down to 4th gear and if sensing the car about to lose power, change rapidly to the 3rd gear quickly, then accelerate up to the “summit”, change back to 4th gear and eventually the 5th gear and off we go again.

Just like “grand prix” performance. All these require practice. As they say, “Practice makes perfect”.

To teach you how to “slow” down from high speed to lower speed and vice-versa is insufficient.

How about when one meets simple things such as “bonggols” or “humps”.

What are the correct gears to use?

Seeing a “hump” ahead, apply brakes slowly. Quickly change down to 2nd gear ideally, cross the hump slowly, control the clutch, and finally leave the clutch up gently and accelerate across the hump.

At times when the hump is a little bit on the high side, you’ll have no alternative but to change to 1st gear.

At times, certain car models have “poor” or weak absorbers. Going across such areas will hit the under carriage and cause expensive damage. At times, the fuel lines underneath the car are damaged. So, be careful.

Finally, new drivers should also know what to do when approaching a “right angle turn” or a 90 degree turn. Such turns are difficult to negotiate.

Slow down, change to the 2nd gear ideally and gently negotiate around the corner and accelerate up again.

This short article addresses the “correct use of gears” which readers of this blog specially asked me to explain further.