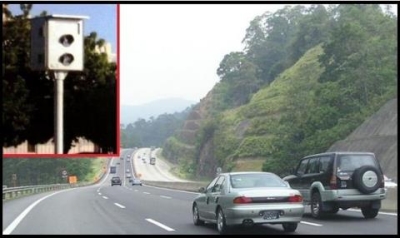 This September 2012, the authorities have implemented the AES. Drivers and motorcyclists would surely wish to know, what in reality is AES. The above abbreviation stands for Automated Enforcement System.

In the above sophisticated system of surveillance, the authorities will no longer rely only on Road Transport Department (RTD) officers and the police to arrest traffic offenders, but instead will use more than 1000 cameras to capture those who break the law.

For readers’ reading consumption, Malaysian drivers and motorcyclists are notorious for committing offences such as:

i. Beating the traffic lights

iv. Overtaking on the left

v. Not stopping at zebra crossings for pedestrians

Motorcyclists especially, are very fond of ignoring traffic lights. Without a doubt, some drivers also commit the above offence.

The AES infact was mooted as early as 2 years ago. The system has been postponed a few times before. According to the Road Transport Department, pictures recorded by the AES cameras will be large and clear. Most importantly, the above pictures will be able to indicate Time, Date and the Location where a particular offence took place. These are the requirements needed by the courts.

Prior to the AES being implemented, the system was reported to have undergone rigid tests. Putrajaya was one of the locations where the authorities tested its cameras. A total of more than 10 locations in Putrajaya underwent stringent tests recently.

Out of the approximately 1000 or more cameras which will be used under the AES, there will be 566 to catch speeding. A total of 265 cameras are to be affixed on to traffic lights. At places where there are inadequate infrastructures to install the cameras, mobile cameras will be used instead.

The public may wish to know, who is responsible for setting up the AES which is scheduled to be launched soon all across the country.

The authorities, that is the government, or rather the Road Transport Authorities and the police, will obviously not have the expertise and know how to set up the system.

The authorities, it is said, have outsourced or privatized it out to 2 companies. These 2 companies are responsible for the maintenance of the system for the next 5 years. What happens after the 5 year duration is over is yet to be decided.

Sources say, the 2 private companies will not be paid any payment. Sources also reiterated, the said companies will be given a cut from the summons issued. However, the percentage of the cut is yet to be determined.

Implementing of the AES, I feel it should be applauded. The authorities especially the Road Transport Department has done the correct thing. The AES has been a long time coming.

But the problem that remains is, will the authorities now be able to take rigid and stringent measures to enforce the system. Unless a strict execution of implementation is imposed on those who are caught by the surveillance cameras is followed, those guilty will not bother to pay up their summonses. The AES will then go up in smokes.

What is suggested is offenders and those found guilty, should amongst other things have:

i. Their driving licenses suspended immediately

ii. Their road taxes should be withdrawn

iii. All other transactions with the RTD, like inspections and transfers be suspended

iv. All practical tests should likewise be also be suspended as well

v. Those who fail to pay up their summonses should be disallowed to sit for their Highway Code as well

Under Section 81 of the Road Transport Ordinance (RTO), there exists a law to prohibit illegal motor racing or merempit motor. Why then does the above scourge still remain rampant in our society today? The answer is simple. If all boils down to the authorities being unable to enforce the law successfully.

The latest implementation of the AES, as I said earlier, is good. A lot of money and efforts have been put into it. Let’s hope that it doesn’t suffer the same fate of other projects launched earlier by the authorities. The government and the relevant authorities, the JPJ, the police and others responsible for road safety, should make sure that the system works.

Promulgating and passing laws is one thing. To be able to execute the laws passed, is another. Whatever the consequences of the AES maybe, Malaysian drivers and motorcyclists are reminded, your days are numbered. Drive carefully and obey all traffic rules and regulations.