The Danger and Magic Of Brake Fluid

The Danger and Magic Of Brake Fluid

Like a radiator of a car, brake fluids are important items of vehicle. Vehicle owners of a car are advised to check the level of brake fluid in the brake reservoir from time to time. Brake fluids in fact come in various colours of blue, crimson and green. They can be intermixed without any problem.

Brake fluids are very corrosive. Should it be spilled accidentally into the body work of vehicles, ideally it should be washed away quickly with lots of water. Otherwise, the paintwork will be corroded away.

Mechanics advise, if brake fluid should get into our eyes accidentally, wash it away quickly with lots of water. Obviously, after that, you should immediately see a doctor to seek medical attention. 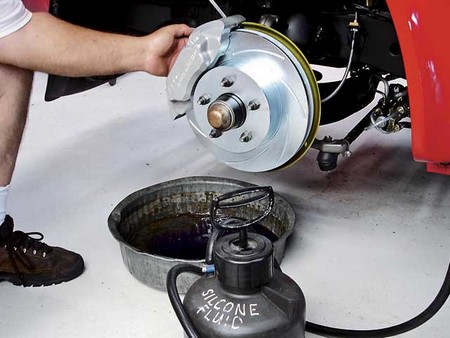 Raman then instructed an assistant to get into the driver’s seat to pump the brakes. The assistant did what Raman requested. Raman was looking into the blocked brake pipes at the other end of the car. Suddenly, brake fluid squirted out and entered his eyes. Sensing danger, Raman immediately washed his eyes with lots of water. He immediately went to his doctor for treatment. The doctor who treated him billed him RM50.

Surprisingly, a few days later, Raman who previously has a cataract eye condition and needed RM2850 for an operation, found his cataract condition had improved or rather disappear.

The brake fluid which entered his eye during the above incident had helped removed the cataract in his eye. The incident is very strange, but it is all true.