Three quarters of the human body is said to consist of water or H2O. That’s why, a doctor will always advise a patient to drink lots of water if a person is down with high temperatures.

What will happen to the millions of vehicles in this planet if one day the world should run short of water? Assuming that all our rivers, lakes and seas should one day run dry and we end up being unable to provide simple, plain water that are so necessary for our car “radiators” or “tangki” air as it is called in Bahasa Malaysia. 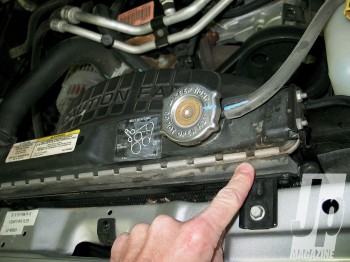 Talking about our vehicles and the water that they need to make it run or move, if the world should one day run short of water, do you know that only one car or vehicle in the world will be able to keep on moving in this planet?

While all other cars, Datsuns, Toyotas, Daimlers, BMWs, Mercedes, Protons, Audis and so forth will stop in their strides, only one vehicle will be able to keep on moving. Even if this vehicle were to be sent to the planet “moon”, it is said, it can still keep on going. And the vehicle is said to be none other than the Volkswagen!

The “Volks” is a car of German production. A former school teacher of my secondary school days at Anglo Chinese Secondary School in Jalan Raya Barat, Klang, once told us that German dictator Adolf Hitler commissioned the world’s most renowned car engineer, Ferdinand Porsche, to build him a car that world cost ￡50 during the 2nd World War. Only someone like the genius, Porsche could come up with a car like the “Beetle”. The rest is history.

The Volkswagen or the “Beetle” is the only vehicle in the world that does not need a radiator. As such, it does not need any water. Then, how does a Volks overcome the problem of “overheating” as faced by other vehicles on the road? Well, the Volks is said to possess an air cooled system which eliminates the necessity of a radiator, which all other cars require.

My small 660 c.c. ten years old vehicle, which I use to provide driving instructions to my students, quite recently went haywire and its cooling system developed heating problems. As a seasoned driver, I’m sure you’ll be able to understand what the above means.

Allow me to provide a little bit of advice regard radiators. Most radiators are connected to a plastic container which holds ordinary water. The radiator is said to siphon water from this small container should the car temperatures rise abnormally.

Another advice which you should be given is do not attempt to pour in cold water into a radiator that’s hot. This will not only cause the radiator gasket to be spoilt too. On top of that, the engine block will undergo “warping” and massive engine malfunction will result. Eventually, your vehicle engine will have to undergo extensive repairs, which will cost you a hefty sum of money.

A Kancil car, with its small engine, has a tiny radiator unit which holds no more than 1½ litres of water. That’s what my current mechanic, Ah Siang, 35, whose workshop is located at the 2nd mile, Kapar Road, Klang told me. The above mechanic was formerly attached to Datsun Motors Malaysia. His extensive training at Datsun service outlets makes Ah Siang an experienced and good mechanic.

I am of the opinion that the above mechanic is well worth his salt. According to Ah Siang, be it be known, that “auto” cars have larger radiator units, that is about 2 litres of water, in its radiator system. Well, at least now you know.

Pertaining to my Kancil 660 c.c. vehicle sustaining heating problems, it should be told to readers that if a vehicle radiator’s system overheats, the engine will eventually seize and the vehicle will finally stall. When such a thing happens, the pistons will seize or jam up. When this happens, motorists are advised to stop at the side of the road and wait for the temperatures to subside before attempting to start the car again.

Do not attempt to crank start the engine too many times. This is because you might weaken the Kancil’s small battery. If this happens, you will have no other alternative but to jump start your car. All in all, it will be a tremendous hassle.

Referring to my Kancil’s radiator woes, as a matter of fact, when the above vehicle developed overheating problem earlier, I had already sent it for a radiator wash. But unfortunately, the above procedure failed to eliminate its heating problems and woes. The radiator in question needed to have its water levels checked on a daily basis. This brought about tremendous hassle.

However, a few days later, the radiator unit of my Kancil again went berserk. This time, I had no other alternative but to seek out Ah Siang, the Datsun mechanic. Ah Siang gave my radiator an extensive look out to try and determine where my radiator was leaking.

Where was the radiator leaking this time around? It was leaking at the radiator stopper which my battery shop friend replaced a week ago. With some pipe repair tape, Ah Siang finally showed my problem of water leaking from my Kancil’s radiator.

And how much I had to pay for the above service? RM30 inclusive of 1 litre of black oil, which had to be inserted into my engine compartment that Saturday evening.

Two days have gone by since my mechanic friend last performed his fantastic feat on my Kancil’s radiator. The temperature meter has yet to go up to H; it is in my opinion, a job well done! My thanks to my mechanic friend, Ah Siang for solving my radiator woes.