How To Handle Old And Forgotten Traffic Summonses 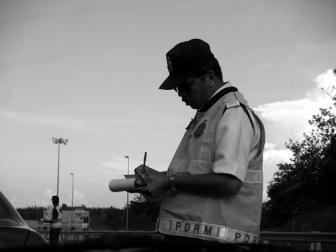 I am bringing the comment into its own post so that other readers could benefit from it.

I believe a lot of Malaysian car or motorcycle owners have experienced the issues of old traffic summonses that came to haunt them.

That is exactly what happened to Mrs. Ong.

How to handle old traffic summonses?

I have 3 summonses from my previous car which i have since sold in 2009.

1st offence was in 2003 for allegedly parking at a NO Parking area.

2nd offence in 2006 was allegedly for speeding and

3rd offence in 2008 was allegedly for traffic light offence.

Why is it that i have not been issued those summonses earlier?

How can anyone recall those offences after 13 years?

Frankly i am shocked at all my summonses because i considered myself to be a good driver on the road and not one who drives recklessly on the road.

I admit that i might have allowed my close friend to use my car on numerous occasion when her own car had problems.

Hence if they had issued those summonses earlier then i might be able to confirm either one of us is at fault since i would be able to recall more vividly if me or my friend truly committed those offences…but after 13 years there is no way to even recall, hence it’s unfair to just expect me to admit my offences right?

I have another 6 summonses from my current car:

I am speechless as to the number of speeding offences i have allegedly committed.

Perhaps sometimes i am compelled to go beyond the 80 mph speed limit simply because i need to overtake.

There is a probability that i might get caught whilst over taking past the 80 mph limit….however, if one does not increase one’s speed then how can one overtake right?

Hence that is the only reason why i think i might have crossed the 80 mph speed limit.

Another point is, like i mentioned earlier, i occasionally allowed my friend to borrow my car when hers is faulty and she needs transport to work desperately, she might have exceeded the speed limit since she is late when her old car could not start and she had to borrow mine.

Anyway she has since gotten married to an Australian and has migrated there.

So i am left in this predicament to settle all these summonses.

It is not fair for PDRM to not issue me summonses closer to the time the offence was allegedly committed hence i would be able to recall more vividly and admit to those offences willingly and pay up as well is i indeed committed them.

Today 15/3/16 after all these years, i was shocked to receive this notice about my unpaid summonses dating back as far as 2003 with a whopping total of RM1869.08!

Now, how in the world can i afford to pay them when i am already retired and no longer working since i am already 61 years of age?

My husband is 63 and is also retired and we both have no income except from our EPF money which we will have to use for our daily expenses and to pay for another 3 years of my daughter’s college education?

Don’t you think this method of practice of long overdue summonses issued for traffic offences by PDRM is very WRONG?

First of all we cant recall to defend ourselves, second we might not be capable of paying up as in my case etc.

I might have to wait till i collect my BRIM in May and September in order to pay up the summonses, then again they also don’t total up to RM1869.08!

I would appreciate if you could kindly advice on my predicament.

Any advice you can offer would be greatly appreciated.

Thanking you with sincerity.

My response to Mrs. Ong

Mrs. Ong, you said that the summonses were issued some 13 years ago.

The fact you may not received them may likely be due to:

Whatever the case may be, all outstanding summonses are still considered valid.

My experience tells me summonses have life long span, unfortunately.

Unless, challenged in court.

Remember, Mrs. Ong, “not able to recall” isn’t an excuse.

The registered owner or driver still has to bear the brunt, so to say.

Your further admission you have 6 other summonses, not only surprises you but me as well.

That’s alot of summons you have churned up.

The fact that you are now retired and your admission of not being capable of settling doesn’t absolve you from settling your dues.

If you choose to fight out the case, it will in my opinion, only be fruitless and expensive.

My advise it, talk to the authorities, the police, JPJ and others to reach an amicable understanding.

Try settling the amount in installments for the law will eventually catch up with you.

Most of all, learn your lessons.

Obey the law from now on.

Be a better driver would only be my ardent advice.