Compared to the early years in the 1960s and 1970s, the car industry today has developed tremendously.

In the beginning, only a few well known brands of vehicles were available in Malaysia.

As a young boy, I could recall models such as Austin 7, Ford Falcons, Ford Prefects, Volkswagens and Vauxhall Vivas being seen on the road.

Most of the above vehicles were mostly continental makes.

At that time, vehicles were all imported into our country.

When the famous beetle shaped vehicle was introduced here by its agents Champion Motors, believe it or not, it was sold at less than RM10,000.

Das Auto Motors is its agents in Malaysia today, while its original agent then Champion Motors was located in Kuala Lumpur.

It has since wound up its business here in this country. 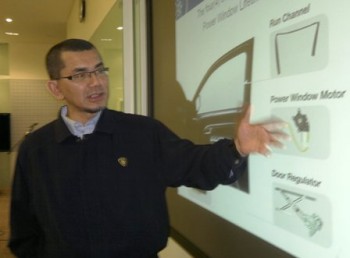 Later, Japanese makes of vehicles began to make its appearance into the Malaysian market.

Models such as Datsuns, Toyotas began to make its headway into the lucrative motoring industry of our newly independent country, Malaya which later on was to become Malaysia in 1963.

Datsuns were imported by Tan Chong Motors. Toyota cars came under the franchise of Toyota Motors until today.

From a being nation which used to import its cars initially, Malaysia advanced into first of all locally assembling its cars here.

Datsuns and Toyotas were some of the vehicles that were assembled. Cars became cheaper as a result.

But locally assembled vehicles became not only cheaper, unfortunately the standard of such cars fell or deteriorated as a result.

They began to prefer imported cars which were costlier but of better quality.

They were more reliable.

Its parts were said to be longer lasting and more reliable.

In the later years, under the Dr. Mahatir era to be exact, Malaysia became a nation interested in not only assembling motor vehicles of its own, Malaysia became a country that was to produce its own national car imitating America, Germany or England.

As a result, Proton Holdings Berhad was inaugurated.

In the beginning, most Protons cars used imported parts which were from Japan.

But soon, Malaysia slowly moved towards more and more of using local made parts.

Locally produced parts such as brake pads, seats which were made of coconut husks instead of springs and rubber which were found in conventional cars from Germany, England and America.

As a result of many locally produced parts being used, locally made Proton cars lacked the quality and were said to be unable to last long.

Quality control of the cars produced caused consumers a lot of problems.

I once owned an imported model of a Toyota Corolla DX, which was produced in 1980.

Until around 2008, when the above car was finally disposed off, believe it or not, the odometer never gave any problems at all.

Comparing it to a Proton Saga 1300c.c. car which I happened to own for a few years, I had to change the odometer, fuel meter and other assorted meters found on the dashboard, a total of at least 3 times.

And the above meters, I tell you, were not cheap.

Malaysians who used to use locally produced vehicles by Proton Malaysia used to be told, if one should fail to hear rattling sounds from a Proton car, then it is believed it is not a Proton car at all.

But all these perceptions have since changed.

Proton has made a move to erase any doubt over defective parts of Proton cars.

This is especially true with regards to the power window unit that is being used in Proton cars.

Owners of Proton power window units are today being offered a lifetime warranty for all new Proton models that are registered from September 1st 2011.

Likewise, all vehicles that are still under the manufacturer’s warranty as at September 1st are covered under this proposal as well.

Proton Malaysia is providing this warranty as it intends to encourage customers to fully use the power window unit extensively.

Should any problem exist, Proton will guarantee to fix it free of charge.

According to the Proton authorities, the 250,000 km is consistent with global standards of the average lifespan of a vehicle.

What is the reason for Proton coming out with such a warranty?

Proton cars have been associated with the belief that the national car has always been noted for its power window failures previously.

This perception regarding poor power window performance of Proton cars have in fact given Proton cars a rather bad image.

Pertaining to Proton’s power window woes, this problematic issue was addressed as far back as 2006 or 2007.

All Proton models have since not had any such power window problems since then.

Meanwhile, Proton will invest some RM3 million over the next 10 years.

This move will eventually go on to benefit some 450,000 Proton owners that still qualify for the manufacturer’s warranty.

It should be kept in mind that the Proton warranty for power window units is only applicable to Proton car models sold in the domestic market only.

With Proton’s latest campaign on power windows, it is hoped will go a long way in redeeming Proton’s image in the Malaysian motoring market.

Kudos to Proton Holdings Berhad for its concerted efforts!