As said in my earlier article on lines, many Malaysian drivers do not appear to know much about “lines”. Being such, the need to write this article.

There is so much I have to convey to you about lines. As a reminder, my earlier article only covers “double lines” and “single lines”. And yes, lest it is forgotten, single white line accompanied by dotted lines. Hopefully, what has been explained has not yet been handed back to me still. 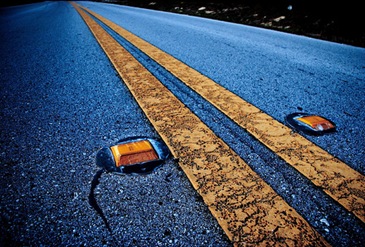 Besides the above mentioned types of lines, there are a few other important lines yet to be mentioned. Some are white and others are well – yellow.

White and yellow lines on our Malaysian roads are international. At least, that’s my assumption.

When two roads meet or join in other words, there usually is an area of white lines in between. This is called “chevron”.

It sounds French. Or maybe Italian?

Many drivers I’m certain do not know what it actually means.

Actually, this area or chevron is intended for broken down vehicles. You are therefore not advised to park your car there.

When going up a bridge or flyover, you can see lots of such areas. To avoid jams, therefore, parking your car in such an area would get you a summon!

I would however recommend one thing. Good or bad, I’m not sure. You could try opening up your bonnet to fringe engine failure.

But then again, someone might steal you battery. As such, no solution really. Just remember do not park in such areas, that’s all.

In front of schools, supermarkets, near traffic lights especially, there is the yellow box. Being in this box, when the traffic lights turns Red, will definitely get you a summon.

I’m unaware of the other places but in Kuala Lumpur, Singapore and larger cities in Malaysia, the law there is very strict.

As “lines”, you will agree, can be rather confusing. I therefore again suggests not to talk about it too long here. There are many other important lines to deal with which will be brought up later in another article elsewhere.