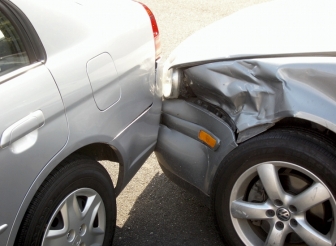 It is regarding a minor car accident he had with a college student.

First and foremost, I would like to thank you for your effort in answering everyone’s queries.

A few days ago, I was involved in a car accident caused by a young college kid trying to squeeze into the space to my left from behind as I was exiting from a petrol station.

Soon he realized there was not enough space but our cars already collided.

His kembara’s front bumper was wrecked while the my Golf’s fender and front door was dented and scratched.

Long story short, he told me that he was a student with no money and I hated the idea of going through police, calls, reports, calls, adjuster, calls, workshops, calls which might mean weeks without my car.

I offered him the option to just walk away where each of us settling our own damages but then he got greedy and asked me to pay for his damages.

A few rounds of disagreements finally led us to agree to report to the police.

Today, he called and said he wanted to drop the case and settle our own damage respectively as he is sick of the wait and delay.

My question is, can we mutually agree to drop the case and inform the sarjan of such decision?

Will there be a penalty?

FYI, there was no penalty charged to either party yet as the sarjan has not decided who was actually at fault.

According to the kid who banged my car, he called up the sarjan and it was the sarjan who suggested to him that we drop the case and settle among ourselves.

My response to Ryan

I am most disappointed with young drivers of today who totally ignore traffic rules and regulations.

From the vehicle you drive, I’m sure you are a professional.

As such, it is suggested you draw up an agreement to protect yourself.

For all you know, the youngster may turn around later having you a loser.

Have the above agreement legally stamped at any stamp office for only RM10.