What Is Form S.M.4 & What Is Its Importance?

What Is Form S.M.4 & What Is Its Importance?

A few readers of this blog has written in to me to enquire, What is form S.M.4 in the driving school circles?

As a matter of fact, I initially wanted only to write on it in Bahasa Malaysia, which is the official language of our country, Malaysia. But considering the fact that this document is used rather extensively by all driving schools and institutes throughout the country, therefore it has been decided I write an article in the English language for the benefit of all English language readers of this blog.

What actually is Form S.M.4?

According to the rules and regulations of the Road Transport Department (RTD) Schedule 11, (Article 34 (1) ) it is stipulated it is necessary to use this form. It is in reality, a record of a Student’s Particulars.

Potential students who wish to take up a course in driving, first and foremost have to fill up this important form.

What are the particulars that are necessary to be filled up into this form?

Form S.M.4 makes it essential to contain the below mentioned particulars such as:

To be provided are particulars such as name, address, sex, age and identity card number. 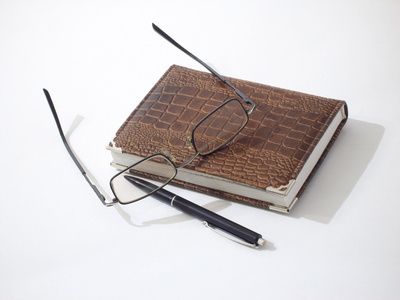 To be filled are particulars regarding LDL (Learner’s Driver’s License) after a candidate has passed the Highway Code or Undang-undang Jalanraya and issued with an L driver’s license, will have to be given. Important particulars such as:-

This is referred to as Part I of the driving procedures. The above particulars are normally filled in by either the student or the instructor himself.

3. Particulars of Part I.

The Form S.M.4 is in reality used when the student first attends the 6 hour Theory Course. The above course comprises 3 hours theory lesson in the class, followed by another 3 hour practical course under an instructor.

4. Particulars regarding Part II of a student’s attendance.

In this section, a ‘record will be made of the number of times a student learns. According to norms, a student is expected to learn at least 10 times minimum lessons. This will be certified by the instructor as well as the student too.

The total number of times a student learns, will then be attested by a Chief Instructor of the driving institute. In normal circumstances, the officer conducting the Q.T.I. or pretest exam will be the one to certify this particular part of the Form S.M.4.

5. Part III: Attestment to be made by officer conducting the Q.T.I exam or the pretest exam.

As mentioned earlier, this part is the pre-test exam. A pretest (Q.T.I.) officer will conduct a test upon a student on:
i. Ascending a slope
ii. Side parking test
iii. 3 point turn maneuvers

In Malaysia, it is necessary for a student taking up a driving course to learn at least 10 hours of tuition. A Q.T.I. officer will be the one who will certify if a student is qualified to undergo a practical test which will be conducted by the JPJ on a later date.

There are students who ask of me, if it is necessary for one who is transferring to another state to bring along their S.M.4 form. Definitely, it is of the most importance that one brings along the S.M.4!

Due to the fact that a rather elaborate explanation has been given to question of Form S.M.4 in this article, I therefore feel that in future, no further questions on it will again be raised.