It has been said over and over again, drivers should never ever leave their vehicles with its engine running while they disembark to do an errand! Like buying a newspaper or get something they have forgotten. It may only take a few minutes but are you aware that the few minutes you leave your car unattended, you are infact courting trouble.

In reality, you are inviting a thief to easily drive away your beloved vehicle. True, your Volkswagen Polo which is insured for over RM150,000 may be insured for the sum above. But how many drivers in our country realize that insurance companies can disclaim liability?

Allow me to tell you something which you may or may not know. Leaving your vehicle with its engine running and with the car keys inside is tantamounting to “negligence”. For this, my dear friend, you may very well not even get a single cent from the insurance company at all.

A frightening disclosure isn’t it?

Before continuing with today’s article which is entitled “Things Which a Driver Should Never Envisage to Ever Do”, I think you should be told of an incident which happened to my younger brother, B.K. Yap, 60. My brother works as a parking attendant for a local direct sales company. Its offices are located in front of the Parkson Supermarket in Jalan Meru, Klang.

While in the process of directing traffic one fine day in 2011, a young long hair youth drove up to my brother’s office. Despite being told by my brother he was not to park his car there, the youth angrily said that he in reality wanted to stop there momentarily to do an errand.

As the story unfolds, the youth was then driving a posh and expensive white Mazda. The youth then left his vehicle unattended with the engine running while he ran into a nearby outlet to do something. A thief then jumped into the driver seat and drove the car away!

I am certain that readers of this blog have heard or even read of incidences whereby babies, small children and old parents have been driven away by thieves in vehicles that have been left unattended by owners of vehicles. But the surprising thing is why do such occurrences continue to take place?

First of all, human beings are very unusual. They tend to feel that, while they believe such unfortunate things can happen to others, it is unlikely that such things can ever happen to them. Until it actually happens to them one day. Then it’s too late to regret!

The article in question which I am writing today is a true life story which happened to my own brother-in-law, Mr. Ooi from Southern Park, Klang. My younger sister, Molly and her hubby Mr. Ooi are ardent lovers of dogs. While going joggings and early morning strolls at a renowned public garden located in Taman Andalas in Jalan Langat, the above couple loves nothing better than bringing food to feed stray dogs. 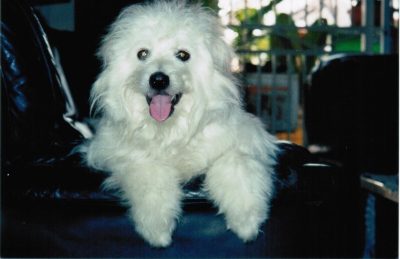 Besides the above touching attitudes of my sister and her husband towards dogs, it would only be right if I tell you that the above couple will round up stray dogs in the vicinity of their house in Chi Liung Park, Klang. Believe it or not, they once had a total of some 10 puppies in their double storeyed terrace house one day. This was on top of their own 2 dogs, one a white long haired Poodle, and another brown coloured Labrador. All in all, there were a total of 12 dogs altogether.

In my weekly visits to my sister’s abode, I used to observe my brother-in-law, Mr. Ooi occasionally taking his 2 dogs which he obviously loves very dearly for drives in his small, silver coloured Kelissa as he goes around doing errands, such as buying roti canai and newspapers.

I believe the 2 dogs mentioned above enjoy their daily rides in their owner’s car. Legends have it that dogs are considered to be man’s best friend. While lying at his death bed, Buddha was said to have summoned all the animals to his bed side. Only 12 animals came. The dog was one of them. Now you know why the dog is named one of the animals in the Chinese almanac. Dogs are infact loyal animals!

On Wednesday, 18th July 2012, my brother-in-law Mr. Ooi took his 2 dogs in his Myvi to a pasar malam located at a roundabout in Taman Chi Liung. As the pasar malam site was crowded that evenings, my brother-in-law was unable to find a parking lot. He decided to leave his 2 dogs in his car and with the engine running, with the keys inside. After all, he thought he was about to do an errand. It would only take no more than 10 to 15 minutes. 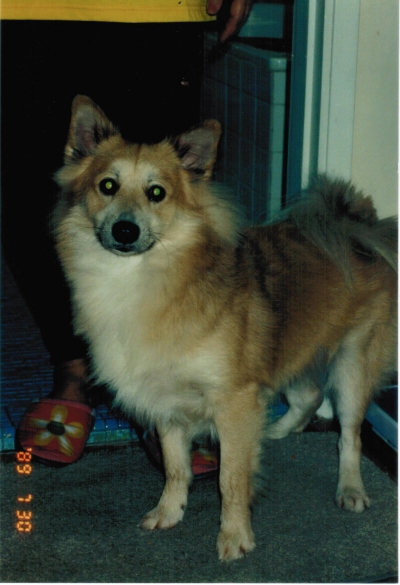 That was what he envisaged. What a mistake it was to be. On coming back to his car later, Mr. Ooi found his car white Perodua Myvi missing. His car and his 2 dogs had been driven away by a thief!

Didn’t I tell you earlier that drivers should never ever do such a thing?

My brother-in-law then immediately contacted his son who was then at home. My brother-in-law and his son then decided to go around town to look for his lost vehicle and his dogs. But those who know Klang town well will understand that Klang is a large place.

The problem is where does one start looking in the first place? The car belonging to my brother-in-law, Mr. Ooi was stolen from Taman Chi Liung near Jalan Watson to be exact. The nearest place one would look would be Simpang Empat or maybe near Methodist Girl School in Jalan Raya West, about a mile away.

One could also go to Southern Park which is on the opposite side of Taman Chi Liung about half a mile away.

In fact, there were a thousand and one places one could start looking. Amongst them, Klang North, Eng Ann Gardens, Berkeley Gardens, and Bandar Botanic. And don’t forget Bayu Perdana and Bukit Tinggi.

The first thing my brother-in-law did was to immediately contact the police authorities. This was done at approximately at 6.00 to 6.30 p.m. that evening. My brother-in-law’s loss of his Myvi car, did however bring to light a few things.

One, a driver as I mentioned earlier should remember never to leave his vehicle unattended with the engine running and the car keys inside!

Two, the police authorities these days are very efficient. Believe it or not, within ½ and hour of being informed, the police had alerted all their patrol cars around town about the theft of the Myvi and the 2 dogs. Police were even able to discover what the colour of the vehicle that was lost and its registration number even the registered owner of the vehicle.

The police believed that there was no chance of the thieves being able to drive the stolen car out of the town that evening. Nevertheless, the police however advised my brother-in-law, Mr. Ooi to contact the traffic police department located in Klang South near little India in Rembau Street in Klang.

Three, to successfully find one’s car after it has been stolen, needs a lot of luck! In normal circumstances, it’s a foregone conclusion that the vehicle is as they say as good as lost. Looking for a lost car is likened to looking for a needle in a haystack.

As luck would have it, while going to the wrong traffic police station located near Hin Hua Secondary School, Mr. Ooi and his son went into a one way street. They therefore had no choice but to turn around to find the correct route. Or else, they could have been summoned instead.

Herein lies the question of coincidence, whether you opt to believe it or not. I, however believe strongly in it. While trying to locate the correct way to the police station, Mr. Ooi and his son decided to stop at some shop houses and restaurants in the vicinity to attempt to look for their dogs. One should be reminded that this area is about 3 – 4 kilometres from where Mr. Ooi’s vehicle was stolen. A different part of town one would say.

Was there a possibility Mr. Ooi’s lost dogs be there in the above location? Well, who knows. Anyway, read on and find out.

Before proceeding any further with this amazing short story, I feel its only fair that you be told one thing about my brother-in-law and my sister, Molly. The couple above are staunch believers of a Japanese deity.

While chanting their daily prayers, their 2 pet dogs are sure to be at their prayer site. Their pet dogs are what the Chinese believe – chanting dogs. There is a belief that such dogs and their owners can supernaturally communicate with one another in times of difficulties.

While Mr. Ooi and his son were looking for their pets around the vicinity of the Klang Traffic Police Station, one of their dogs was reportedly sitting on its hinds as if anticipating its master to arrive. Call it telepathy, premonition, or coincidence if you wish.

Call it what you may after successfully finding his first dog, the amazing thing was that Mr. Ooi and his son was destined to meet an Indonesian labourer walking along the road nearby. It was this man who came along and inquired of them: “Is this your dog?”

There is yet another white dog further up the road. Coincidence, premonition, luck or telepathy. Call it what you may. To me, it is divine intervention. Within a span of less than one hour after their car was lost, my brother-in-law and his son were united with their 2 lost dogs.

Another surprising and yet unbelievable thing was, they also found their lost Myvi parked nearby. The car was locked. Mr. Ooi believed that the thieves had intentionally left the vehicle there. Most probably their friends would come back later in the evening when police operations had been suspended to get the stolen car and take the car away!

My brother-in-law, Mr. Ooi’s negligence did not go without any repercussions. In reality, he lost nearly RM800 – RM1000! His smart card gadget with about RM30 worth unused balance was stolen. He had to change a new lock for his vehicle. He had to replace new keys for his entire house. Mr. Ooi also told me that he had to change his automatic gate mechanism too. This costs my brother-in-law some RM600.

All in all, it was to me a rather costly encounter for my brother-in-law. I believe, in future he will no longer be leaving his vehicle unattended and with the car keys inside ever again. As for the 2 dogs of my brother-in-law and my sister, Molly, believe it or not, they also appear shakened by the incident. They no longer fancy to take rides with their master anymore. At least, for the moment.