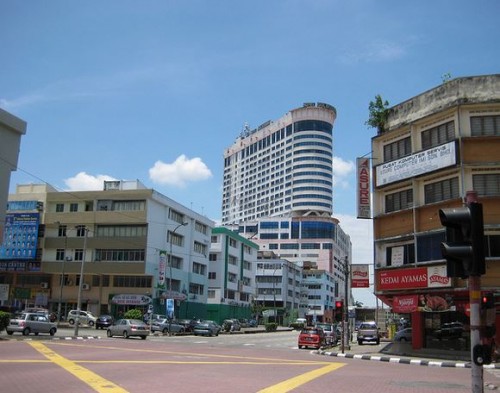 China’s ambassador to Malaysia, Dr Huang Hui Kang, was given a summons by Wisma Putra recently. Did the ambassador infringe any traffic laws? In reality, he had made a remark which Malaysia regarded as being interfering in our country’s domestic problem.

Speaking about summons, I have also received a traffic summons recently. Who issued me the summons? The local council Majlis Perbandaran Klang (MPK).

Most drivers, including my colleague , Mr Chin, tend to take local councils summons lightly. Chin feels local council summons can be ignored. He contends that no action will be taken by the council. “It’s too troublesome”, he says.

Well, do you believe him?

Your sincerely, takes a different opinion regarding such above summonses.

A driving school instructor, I remind students they should be good and responsible motorists. Upon committing traffic offences, own up. And settle the summonses immediately. Or eventually, you’ll be hauled to court. You may be even be blacklisted too.

Before continuing further, can we be issued a summons by the local council people? Yes, they can!

To clarify further, no one is permitted to park a motorized vehicle or to cause such a vehicle to be parked or its drivers wait at locations or buildings, roads and road shoulders except in places of parking duly designated by the authorities.

The local council summoning me therefore legal. My summons compound on 24th September 2015 was correctly made by the MPK.

The above summons did contain a few things, which ideally reader should be made aware of.

How did I end up being issued a summon in Eng Ann housing estate in the first place? Unbelievable, but true.

I was in the vicinity of Alliance Bank and 888 Restaurant last week. As usual, it was hard to find a parking space that eventful morning.

Because no police officers or local council officers had been seen in the vicinity of Eng Ann housing estate quite some time now, I went on to make a rash mistake. I drove my car to an open empty area, an island you can term it and parked my car therein.

On coming back to my vehicle half and hour later, I found a local council summons on my windscreen. Close scrutiny of the summons revealed I had been served with a RM50 fine for my offence.

Luckily, MPK was then in the process of giving a 3 day offer of RM10 if summons were settled immediately.

By twelve that morning, I was at the office of the local council, settling the above mentioned summons.

Hope readers of this post will take note of what has been revealed here, to avoid similar things happening again.