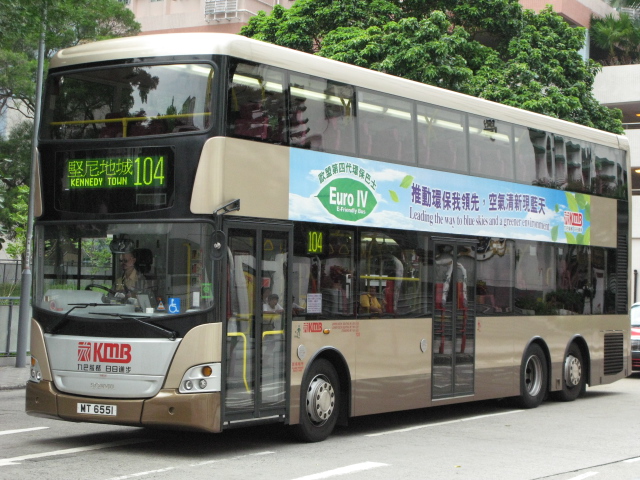 To ascend this popular hill resort, tour buses either use the Tapah route or the new Simpang Pulai – Cameron Highlands road. Both the above routes are said to be filled with many curves and gradients. Commenting on the accident, the Public Works Department has reiterated that the Simpang Pulai road was up to standard with adequate warning signs.

The double-decker bus was supposedly owned by S.K. Murni Tours and Travels. The bus driver of the ill fated accident was reported killed, was said to be a safe and experienced driver.

According to reliable sources, checks on the double-decker bus involved, has shown that the bus has been inspected regularly by Puspakom authorities since it was registered in 2007. Puspakom, privately owned concern is responsible to check all commercial vehicles once every 6 months.

When checking commercial vehicles such as buses, trailers and lorries, amongst other things, Puspakom checks chassis number, the under carriage, the brakes system, axles and flooring of the vehicle.

One thing interesting about the double-decker bus which was involved in the tragic crash was that a team set up to investigate the above crashed discovered that originally, the bus was supposed to ferry 19 passengers. It’s capacity was however increased to 40.

The team set up to investigate the above crash comprised of the Malaysian Institute of Road Safety (MIROS), Puspakom, the police and Road Transport Department officials.

Following the crash, the Transport Workers’ Union, its Secretary-General, Datuk Zainal Rampak, claimed that there was a possibility that the use of imitation spare parts by certain bus companies could be the cause of many accidents. However, the President of the Pan Malaysian Bus Operators Association (PMBOA), Datuk Ashfar Ali was quick to refute his allegation.

Datuk Ashfar said, if indeed there were bus companies that were using imitation spare parts, then stern action should be taken as it involved the safety of passengers and other road users. The Transport Worker Unions should back up their claims with proof of the allegation.

Meanwhile, the Peninsular Malaysia Road Transport Officers Union president, Encik Hamzah Masri also said the use of imitation spare parts without the Sirim stamp of approval could be the cause of accidents. Commenting on the accident further, the Transport Minister, Datuk Kong Cho Ha said initial findings on the crash reveal the ill fated bus had only one driver instead of two.

The site where the accident took place was a black spot. A lorry was involved in a similar road accident a few kilometers away, 10 days earlier. In a related development, the Malaysian Association of Tours and Travel Agents (MATTA), has issued a warning to all tour operators who flouted the law and caused the deaths of their customers, would be expelled from the association.

President, Datuk Khalid Harun said those who did so had abuse their practice and privileges. MATTA, it is reported cannot afford to have its image tarnished. MATTA will however question the management of the bus operator, S.K. Murni Tours and Travels, as their bus had been involved in the tragic accident.

The Tourism Ministry has also issued a show cause letter to the said bus operator as well. As with other previous tragic accidents, an independent board inquiry has been set up by the authorities. The Cabinet has also directed that the above board should also look into the overall structure of the country’s commercial vehicles operations.

The inquiry will obviously take some time. It in the meantime, tour bus operators should immediately refrain from using double-decker buses to travel up the winding and risky roads up popular resort areas such as Cameron Highlands, Fraser Hill and Genting Highlands.

One thing that should be noted by tour bus companies is that double-decker buses are in fact not safe to travel up winding and hilly areas. It has a higher centre of gravity and is thus more liable to topple over when corners are taken violently.