The Perils Of Young & Inexperienced Malaysians Driving On The Road

The Perils Of Young & Inexperienced Malaysians Driving On The Road

In my last article, I wrote about why young Malaysian drivers get into road accidents. Youngsters nowadays think that they are invincible, thus they tend to drive recklessly on the road.

Allow me to quote to you a true life situation which happened to me not too long ago. A “P” driver who is only 17 years old recently obtained his license to drive. The said driver has posed me with a perplexing question. 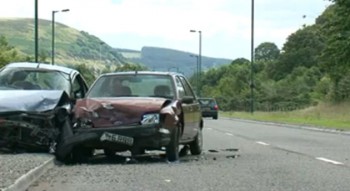 The driver Tan E.S. wants to know if he can drive to Singapore with a friend sitting beside him. Tan took the normal lessons of 10 – 14 hours tuition under me. The above is the normal number of driving tuition lessons most young students undergo these days.

Personally, if you should ask me, “P” license holders who are hardly 17 or 18 years of age are still not competent enough and are therefore not yet ready to be driving along expressways, highways and lebuhraya of our country. Therefore, the Karak Highway, the North – South Expressway, and the East – West Highway are all beyond the reaches of a novice “P” or probationary drivers. Parents should keep in mind this tip.

To gain valuable experiences, what do I then recommend? As an experienced lecturer on safety courses for would be drivers, I would like advise and also insist that students and new drivers:

i) Initially drive in the vicinity of their housing estates or kampung (village).

ii) One should travel only to nearby towns in the beginning after they have attained their driving licenses to secure valuable experience. For instance, if a student should be living in Klang, Selangor, he or she can gain experience driving to nearby places such as Pelabuhan Klang, Kapar Town, Shah Alam, Meru and Kota Kemuning nearby.

Only after that a “P” driver can then travel to further places like Kuala Lumpur and Kuala Selangor. But the sad thing is that, not many parents would heed this instructor’s advice.

Referring to my student, Tan E.S., who wanted to know if it is alright for him to drive to Singapore on his own, albeit with a passenger friend accompanying him, what do I feel regarding Tan’s proposal?

Did I agree to Tan’s proposal to drive to Singapore? Obviously not! Why, you may wish to know, have I decided to disagree with Tan’s proposal?

The reasons I gave Tan in rejecting his idea were:-

i) A person who has just turned 17 and has just received his “P” or probational driving license, hasn’t got the experience to drive to Singapore yet. Anyway, it is just too dangerous to carry out such an unthinkable suggestion.

The Mitsubishi Pajero for readers’ information is a 2,850cc vehicle. The Unser for example is 1800cc. These vehicles are considered huge compared to the usual small sized 660cc Kancil cars which are used by our driving schools or institutes today.

iii) Posh family cars, such as Toyota Camry, BMW 3 & 5 Series, Mercedes Benz, Toyota Alphard etc. are but other examples of large and high cc vehicles, which are normally driven by our novice “P” drivers in Malaysia. The inability to control such massive vehicles is an extremely dangerous thing, believe me!

iv) It should also be borne in mind that the above cars I’ve quoted as examples are not only powerful and of extremely high cc vehicles. They therefore should only be driven by people with lots of experience, especially along our expressways.

To end this article, let’s go back to the horrific accident which happened at KM 33.7 of the Johore Bahru-Mersing highway on Saturday 17th December 2011. The accident occurred, it is believed due to the young driver Ng Wei Tai, 17, losing control of his MPV vehicle before it crashed into a ditch on the left hand side of the road.

In the above tragic accident, 4 students lost their lives. Ironically, the driver himself survived the crash.

Ongoing investigations into the case, revealed a startling revelation. The young driver Ng had only obtained his driving license about 2 weeks before the accident. I have often times asked my students cheekily, “how many months were you in your mother’s tummy before she finally gave birth to you?” And my students mostly replied, “9 months or more”! I hope readers will be able to see the logic between the two comparisons raised by me.

I feel it is about time parents play a bigger role in order to prevent such unwarranted incidences from taking place in the near future. This article has laid out a couple suggestions for readers, especially parents to adhere to. Hopefully, something concrete and good can be achieved out of my suggestions.

Regarding this latest incident, Kota Tinggi O.C.P.D. Suprintendent Che Mahazan Aik said that the case was being investigated under Section 41(1) of the Road Transport Act 1987. The above section happens to be the most serious offence which a driver can ever commit.

Section 41(1) carries with it a mandatory prison sentence, a hefty fine and the withdrawal or suspension of a driver’s license.

Meanwhile, motorists are all advised to be cautious whilst driving and most important of all, adhere strictly to speed limits which is suggested and allowed. As the Johore Road Safely Director, Noormazura Mat Nawi advised recently, “teens who are new drivers should particularly not drive without being accompanied by more experienced drivers by their side”.

The director went one step further. She advised parents of these young drivers to also prevent their children from driving long distances without being supervised by experienced drivers!