In the 1970s, I recall teaching a Mr Lim. What this student’s full name is, I have since forgotten. Mr Lim was then in his forties. In reality, the above student already possessed a driving license.

Through sheer neglect and indifference, Mr Lim’s driving document became null and void. He had permitted it to lapse for more than 3 years. As a result, Lim had to do a retest to get back his driving license.

Mr Lim, I remember was then living next to Pui Ying Primary School along 4th mile, Kapar Road, Klang. Although staying with his wife and children at the above address, Lim worked as a bouncer in a nightclub in Johore Baru, near Singapore. Lim went on to tell me, he used to travel rather frequently to Johore Baru in his red 2000 c.c. Mitsubishi car. 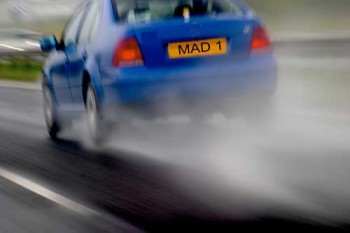 In many of my conversations with Mr Lim, this student of mine told me something which I found hard to believe. Lim said, he could travel from Kuala Lumpur to Johore Baru in less than 2 hours. Taking into consideration the fact that the distance from K.L. to Johore Baru is approximately 250km and that the maximum speed limit of our national expressway is 110km/h, my friend Lim must have been speeding away at speeds of over 180km/h to achieve the above feat.

This student told me a story which I feel should be related to all my blog readers. Once Lim said he left Kuala Lumpur at about 2.00 pm, he was in fact late and in hurry to get to Johore Baru. This time around, Lim was speeding as usual well over 180km/h.

At Nilai, a small town approximately 60 – 70 kilometres from Kuala Lumpur, police personnel manning a road there, were unable to stop Mr Lim who was travelling excessively fast that day. My student had in fact sped past the police, even before they could take out their pens to record his car registration number.

The police in Nilai then radioed their counterparts in Seremban about the speeding red car of Mr Lim. Students who are familiar with Malaysian towns well, should know that Seremban is more or less 120km from Kuala Lumpur.

As the story unfolds, Mr Lim who was travelling very fast that afternoon in excess of no less than 200 km/h. I believe he was once again not stopped by the police authorities at Seremban. The police were becoming rather apprehensive. They now suspected that Lim must be ferrying drugs in his car. If not, why has Lim chosen to go so fast and had refused to stop at police road blocks set up for him thus far?

The police authorities then contacted their counterparts, this time at Gemas to stop Lim. Gemas as far as I’m aware is approximately 150km from Kuala Lumpur. This time around, the police felt that by hook or by crook, my friend Lim had to be stopped at Gemas and at all costs.

A road block was immediately set up at Gemas. I was told the police spread a spikes barrier across the entire road to prevent Mr Lim from getting across the road block laid out.

At Gemas, Lim found the road block and steel spikes barrier too much for him to handle. With pistols drawn, the police stopped Lim’s car and ordered him to disembark. Lim was asked to stand astride, put his hands on his car bonnet while the police frisked him thoroughly.

The police in fact found nothing. Lim was not carrying any drugs whatsoever. Although Lim was speeding away from Kuala Lumpur to Gemas at speeds well over 200 km/h that day, the police at that time did not possess sophisticated ray guns to record the speed at which he was travelling. The police therefore could not cite Lim for the offence of speeding.

Lim was set free. The police had no evidence that my friend, Mr Lim was indeed speeding on that particular day.