Why Is It Necessary For The Authorities To Conduct Road Blocks?

The Police and the Road Transport Authorities are the ones normally that conducts road blocks. The Custom Department do also conduct road blocks, but very rarely.

Sometimes, road blocks are conducted by both the Police and Transport Authorities simultaneously.

Assuming, a large bank in town was robbed by a notorious gang and they have got away with a large sum of money. Then obviously the Police will no doubt conduct road blocks to attempt to prevent the robbers from getting away with the bounty. 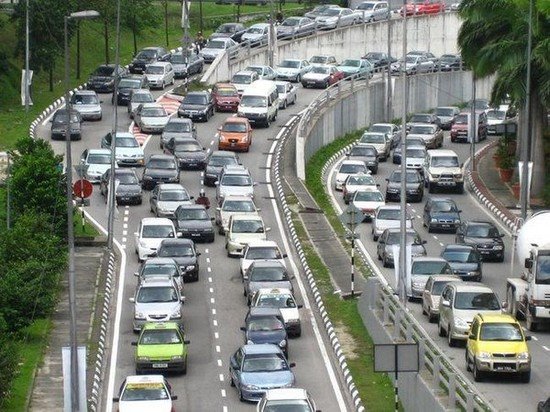 In the case of the Road Transport Department, road blocks are held sometimes to stop illegal races. Special mention must also be made regarding motorcycling youths or “Mat Rempits”.

When the Authorities get “wind” regarding such races being held, they, together with the Police authorities will conduct road blocks immediately to disrupt these illegal races.

In Malaysia, road blocks are sometimes required to prevent certain political parties, which from time to time organize rallies to protest against the ruling government’s decision.

In I.S.A. or the Internal Security Act is good example. Members of political parties scheduled to assemble at certain locations like the Merdeka Square, will have to be stopped to prevent such unwarranted meetings from taking place. Such assembly will disrupt peace.

The Police especially, will have to organize road blocks and turn away thousands of ardent supporters from trying to meet at a particular place as organized.

Besides the above mentioned types of road blocks organized either by the Police or the J.P.J., on going spot checks, especially by the Transport Authorities on tinted glasses are also conducted.

Such checks are necessary as the public do sometimes make complaints and the Authorities have little choice but try to appease the public’s complaints.

When festivals such as Hari Raya, Chinese New Year, Deepavali and Christmas seasons approach, the Police, as well as the Transport Authorities have to conduct road blocks to curb drink driving offences.

In line with the above offences, obviously offences linked to drug abuse will also become a target as well.

When referring to road blocks, mention should also be made with regards to the government’s annual Ops Sikap Campaign, which is conducted with the aim of preventing road accidents.

Without doubt, accident rates in the country have decreased tremendously. This year, 2009, Ops Sikap Campaign is scheduled in end of September.

It is hoped this year’s campaign, as part of the Police’s efforts to reduce accidents during this year’s festival season, will bring about better results.

Are these the only types of road blocks we commonly see in Malaysia today? Obviously, the answer is certainly not.

Normal road blocks are conducted by both the Police and the Transport Authorities.

In such road blocks, only may wish to know what they check. In such blocks, things such as:

4) General condition of the vehicle.

These are some of the things checked by the authorities concerned.

As Malaysia has all types of nationals, from Bangladesh, Myanmar, India, Indonesia, Vietnam and so forth are found working here, there foreigners are obviously checked for their work permits and necessary documents.

Those without these important documents will most definitely be detained and almost certain to be deported.

Road blocks by the Police, the J.P.J. and Customs as well are all necessary. Motorists may feel such blocks may cause much inconvenience to drivers as a whole, but thinking about it carefully, they are but a necessary tool for the prevention of many unwarranted things that the country would like to prevent from happening.

So as good citizens and motorists, we should in fact applaud what the authorities are attempting to do.