Is A Driving Instructor’s Job More Dangerous These Days?

Is A Driving Instructor’s Job More Dangerous These Days?

It is without a doubt, some jobs or occupations are more dangerous than others. They are considered “risky”. In my opinion, drivers who test new cars before they are marketed infact face great risks and dangers.

Airline pilots, for instance, are also termed as high risks performers. But nowadays, many “professions”, which were in the old days, considered by people as being safe jobs, are currently turning out as dangerous jobs or duties. 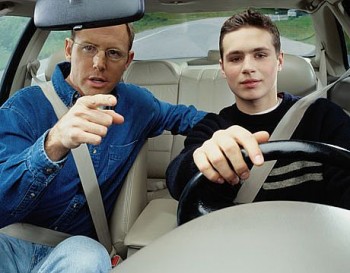 Due to the economic slowdown, which the country is today confronting, more and more people, especially “youths”, are becoming unemployed or jobless, so to say. Robberies, snatch thieves, accosting people, especially the gentler sex and old folks, have become a norm nowadays.

Go to any “pasar pagi” or “early morning market” these days and ask the housewives and ladies shopping for their daily food and vegetables, if they have ever been waylaid or robbed, and I am one hundred percent certain, the answer you’ll get is an affirmative “yes”.

Just recently, at a road side “mamak stall” at my neighbourhood nearby, a group of Indian youths, riding motorcycles, without helmets, sat down at the above said stall and had a “feast”. The group, according to my elder brother, ordered roti canai, assorted drinks, chicken curry, mee and nasi goring or fried rice. They were there for hours, laughing and enjoying themselves.

What then could the stall owner do? In fact, nothing. The Indian youths just got on their motorcycles and rode off. These are some of the dangers shopkeepers and stall owners face these days.
The above incidents and stories that I have divulged to you, infact has led me to pen this article regarding the risks and dangers faced by driving school instructors these days.

First of all, “instructors” job are considered as risky and dangerous. Some people believe an instructor’s duty is as dangerous as a pilot’s job. Although I’ve been an instructor for well over 40 years now, I have never had a Personal Accident(P.A) insurance coverage for myself.

According to friends who are insurance agents, these friends tell me, a P.A. insurance coverage for instructors is very high. Some insurance personal even have advised me that infact insurance companies, as a matter of fact, do not fancy insuring driving instructors. They say, an instructor’s job is far too risky and just not worth insuring at all.

Some of the common mistakes drivers and motorcyclists commit against a driving instructor who is out a mission of imparting driving know how to a young, new student must surely be:
i) Overtaking a driving school vehicle in front which has already put on his indicators or signals indicating that he has the intention to turn.

Drivers and motorcyclists who are in possession of qualified license to drive or handle a vehicle, should realize that by overtaking a driving school vehicle in front of him, which has shown its intention to turn, is something extremely dangerous.

Out on a mission imparting knowledge of driving to new, inexperienced students, I have often times experienced not one or two but even three drivers overtaking us. It has come to a stage whereby this instructor nowadays fear asking his students to negotiate a corner. I have come to a stage where I always ask my students to look behind and ensure that no cars from the back are trying to overtake us inspite of having put on our indicators.

For drivers who may not be aware of the law, if you should crash or knock into a driving school car or vehicle driven by a “L” license holder, rest assured, that first and foremost, you are in the wrong. What more, where the learner driver has already made known his intention to turn by putting on his indicators or signals. Think about it.

Hopefully it would save you a lot of problems, especially having to go to the police station. Besides this, a collision between the driving school vehicle and your vehicle will cost a lot of time wasting and money to repair the vehicles damaged.

ii) Do not come too near to a driving school vehicle that is being driven by a learner driver.

During the era of the British, that is before Malaya obtained its independence, in 1957, I used to hear my instructors, that is, a Mr. Thia Eng Hock and a Mr. Tew Hock Lai, telling me that motorists should ideally keep a safe distance away from driving school vehicles. A motorists that chooses to come too near or close to a driving school vehicle is looking for trouble, so to say.

Do not look for trouble unnecessarily. Remember, do keep away from “L” driven vehicles if you possibly can!

iii) Do keep away or give way to driving school vehicles especially at roundabouts and junctions or traffic lights.

We, the students who are learning, including this instructor, will be forever grateful if you accord us the right of way. Who knows, it might even prevent on accident from taking place.

Some people say, horning at other vehicles or drivers amount to being discourteous. For your information, some testers are not too happy with students who use the horn too leniently. As such, I have gone onto advise my students to use the “horn” sparingly to avoid being blacklisted or termed as being discourteous.

As such, you as a passed license holder should always remember this popular maxim, “please refrain or abstain from horning at us driving school vehicles”. We will appreciate it very, very much.

v) Kindly refrain from overtaking a driving school vehicle on the left hand side of the road.

Overtaking on the left is not only not allowed, it is also a very dangerous move. As an instructor, I’m fully aware that driving school vehicles sometimes do move on the road rather slowly. It irritates many drivers, especially the young ones.

But allow me to say something to you. Do remember, “Patience is indeed a virtue”. In our national language, which is Bahasa Malaysia, there is a popular Malay proverb or saying, which says, “Kesabaran adalah sesuatu iman”.

Do think about it. And hopefully, you’ll make the correct decision., I hope. Anyway, the act of overtaking on the left hand side of the road is not only dangerous, but contravenes traffic rules as well.

As instructor’s duty as it is, is already a difficult one. Do not make it anymore difficult for the poor instructor out on a mission to teach a novice safe driving! After all, without instructors, where will we find competent and safe drivers on our roads.

The public is therefore requested to make a note of the things which I have highlighted. Please refrain or abstain from doing them, thus making the instructor’s job easier and in the long run, less risky. All instructors in this country will appreciate your co-operation very much.