How To Restart a Car That Has Run Out Of Petrol?

How To Restart a Car That Has Run Out Of Petrol?

We, as drivers should always share out what we know about driving with others. “Knowledge” is something we should not keep to ourselves. In my line of business, which is “teaching” or “instructing” people who do not know how to drive a vehicle or ride a motorcycle, I have associated with people of all races, Malays, Indians and Chinese.

As a result of this, it is glad to be said that many of my Muslim friends have always gone out of their way to impart to me many teachings of their religion. One Muslim friend used to advise me, the ”skill” to perform something is God given. The knowledge we possess to be able to perform something well, likewise, is not of our own, capability or ability. Therefore, we must always share what we “know” with others. 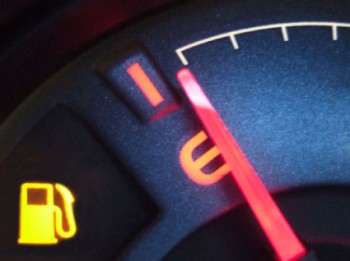 It is with this premise in mind that I have today decided to share with readers of this blog a few things I know about certain “emergencies” a driver will face as he or she continues to drive.

Normal emergencies faced by drivers include the windscreen shattering, tyre punctures, vehicles falling into a swollen river or lake, a vehicle’s engine being unable to start and last but not least, brakes failing suddenly.

The “emergencies” I have mentioned above, has been constantly brought up in my Kursus Pendidikan Pemandu (KPP), which I am also a lecturer as well, is conducted in a big and well known institute somewhere in the Klang Valley.

For readers who may not be aware, potential students who opt to take up a driving course must first of all attend a 5 hour, grueling course before being able to sit for the computerized Highway Code exam. As I have mentioned very much earlier, new and inexperienced drivers, especially “P” holders, ought to be imparted the knowledge of how to face emergencies such as windscreens shattering and tyre punctures.

But what I will be imparting today in this special article, it is believed, are things or experiences which very few drivers or motorists go through. They are, what you would term as being “extra ordinary” emergencies which I, who have been driving for more than 40 years now, have experienced.

What I am divulging to readers of this blog has come about as a result of having associated for many years with various mechanic friends such as Wah Chye, Ah Lau, Ah Keng, Abbas, Raman, Ah Lam and also Ah Yang. The list of my mechanics, goes on and on. What I am about to reveal to my blog readers are what my mechanic friends taught me over the years.

Should I decide to keep what I know to myself, I would only be acting “selfish”. And for that, God will be displeased and angry with me.

If however, you already know what I am about to tell you, then consider this message as a timely reminder. Maybe, you as a good driver, could go on and impart what you know to other young and inexperienced drivers.

The technique, which I would like to share with you today is “How To Deal With The Emergency Problem Of A Vehicle Which Has Run Out Of Petrol Or Gas”.

Irrespective of whether you own a new car or even an old, second hand vehicle, there comes a time when I’m certain, you will one day face the above dilemma. At times, we maybe busy. Or maybe we may have forgotten to fill up our petrol tank. Or who knows, maybe, your vehicle could be confronted with a problem of the fuel gauge being faulty.

Before proceeding any further with today’s article, I feel it’s impertinent that I should share with you what my elder brother, Boo Huat, used to tell me over “roti canai” breakfasts many a time. My brother, prior to his retirement recently, used to be employed by a well known and distinguished solicitor in Kuala Lumpur.

I shall not disclose names to avoid embarrassing my brother’s former boss owned a Daimler, which costs nearly a million dollars. One fine day, while driving the “boss” to one of his many engagements in the city, the Daimler stalled half way along one of the city’s busy thoroughfares. The driver had inadvertently forgotten to fill up petrol into his boss’s car.

Can readers envisage how the lawyer “boss” would react if his driver were to get a plastic can to secure the necessary petrol needed for his Daimler car?

Coming back to the problem of how to deal with a car that has run out of petrol suddenly, leaving you stranded in a deserted road maybe, permit me to inform you the signs which a driver should look for prior to his or her car stalling. Amongst other things, a driver should be able to observe one or two things such as:
i. The fuel meter gauge will obviously indicate “E” or empty.

ii. The fuel meter light will brighten up in “Red”, indicating that the vehicle will soon stall.

iii. With low fuel in your petrol tank, the car’s movements or momentum will become “jerky” and “erratic”. In normal circumstances, a vehicle can still continue to go a distance of some 5 to maybe 8 miles before finally stalling.

Motorists are hereby advised to quickly pull over into the nearest petrol station should they observe the above tell tale signs I’ve mentioned confronting you. Failing which, if in any eventuality your vehicle should finally stop, you will have no choice but to get down, get a canister and walk to the nearest petrol pump to secure your spare can of petrol. Unfortunately, getting canister of petrol does not always assure you that it will end your woes and troubles.

As a driver, you should know the correct procedure of pouring the petrol which normally amounts to RM5 or half a canister into your petrol tank. First and foremost, try to secure a piece of card board or some old newspapers. Roll it into a “V” funnel shaped contraption if you possibly can.

Using the above, you can then proceed to pour slowly, the spare petrol into your petrol tank. Do not pour all of it into the tank. You are advised to leave a little petrol in the plastic canister. I will soon go on to tell you why you should follow this advice shortly.

After pouring the spare petrol that you have just obtained into your petrol tank, what then you do? The next step for the driver to perform is to get into the driver’s seat to attempt to get the car started. Remember that in a vehicle that has just stalled, there will not be any petrol or fuel left in the fuel lines.

As such the “a.c pump” or the “electronic fuel pump” will not be able to siphon or pump up petrol from the petrol tank of the car as yet. What the driver has to do next is to attempt to crank the car into starting, while at the same time, try to step on the “accelerator” pedal from time to time to induce petrol going into the fuel lines quickly.

Drivers are advised not to attempt trying to get the car started too many times. This will result in the car battery becoming weak. If this should happen, you will then be unable to restart your car.

Should attempts to restart your vehicle fail, discontinue efforts to restart it any further. This is because the carburetor has yet to be supplied with the necessary petrol which is needed for the car to start.

The next step you are advised to follow, is to remove the “air filter” unit from the engine. Pour a little bit of petrol from the plastic canister carefully into the carburetor. The carburetor will now have some petrol in it. This will then easily assist the engine to restart.

Once the engine starts, step on the accelerator pedal and this will cause the fuel lines to siphon petrol from the petrol tank and eventually into the carburetor, thus ending your problem of your vehicle running out of fuel.

To avoid getting into such a big hassle, as a good and competent driver, you should in future ensure that you fill up your petrol tank faithfully. It has not been an easy task explaining the intricacies of getting a vehicle that has run out of fuel, restarted.

Nevertheless, the effort has been well worth it, because I have finally succeeded in helping you out of an “emergency” that you might not know how to overcome, otherwise.