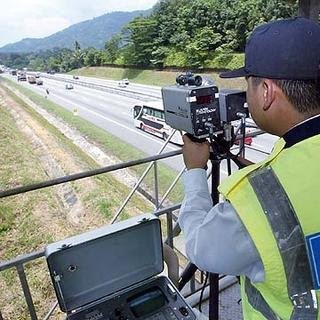 The Road Transport Minister, Datuk Seri Kong Cho Ha has kept his promise to the public.

The minister has announced to the people, those with outstanding saman ekor and are currently blacklisted from paying their road taxes, renewing driving licenses and even transferring vehicles presently under their names can now be allowed to do so.

But motorists and those who are against the saman ekor system, who feel this system should be done way with, have now been given only a reprieve until the 28th February 2011.

The authorities have been kind enough to motorists involved. Summonses can either be settled in installments or paid in full. However, no reductions will be offered.

The above decision was arrived recently at a post Cabinet high level meeting conducted. With this decision, it looks as if the authorities still believe that the saman ekor system used currently to apprehend motorists and drivers especially speeding enthusiasts will have to be continued.

The Minister of Transport further advised that after 28th February 2011, blacklisting was to be reinstated again. The public is therefore advised to use this reprieve period to settle their summonses as soon as possible.

For readers’ information, the Demerit System, the authorities follow currently will be put on hold temporary. Summonses settled during this period will not be awarded the usual demerit points.

Besides the above, saman ekor gives the opportunity for the authorities to apprehend offenders speeding along our highways. These people will otherwise not be able to be caught.

A new concept of enforcement will be formulated soon, the Minister said. Enforcement units will, from now on, be discouraged from hiding behind trees and obscure corners. Cameras will be set up in specific places. There will be ample signs set up to inform and to warn the public of impending speed traps ahead. They will be advised of such measures being installed.

After 28th February 2011, we hope all these measures will be implemented as promised. The issue of saman ekor should now be clear to all Malaysian motorists and drivers as from henceforth. The issue of this problem should ideally come to a halt. No quarters should now have any reason to complain about saman ekor anymore.