Amongst mechanics, there seems to be two schools of thoughts regarding gear oil.

While some recommend that you change gear oil at regular intervals, others do not bother too much about it at all.

Whatever it is, gear oil is definitely the most neglected item of a car.

What in reality, is gear oil?

Gear oil is motor oil that’s made specially for the transmission or the differentials in an automobile.

According to my mechanic friend, Raman, unlike engine oil, “gear” oil is numbered 90W to 140W.

This means gear oil, has a high viscosity.

Its “thickness” is necessary to provide maximum protection which is so essential for moving parts of the gear boxes.

Gear oil is very similar to motor oil or, if you like engine oil, which is used for engine lubrication.

Gear oil, on the other hand, possess many different properties.

This is to meet many different demands that are placed on it.

Unlike engine oil, gear oil takes a great of deal heat, without breaking down.

Its duty is to lubricate other parts in an engine.

However, gear oil does not reach the temperatures of an engine oil.

Gear oil, is associated with parts that move somewhat slower.

Nevertheless, it is reported to get heated up significantly as the vehicle is driven. 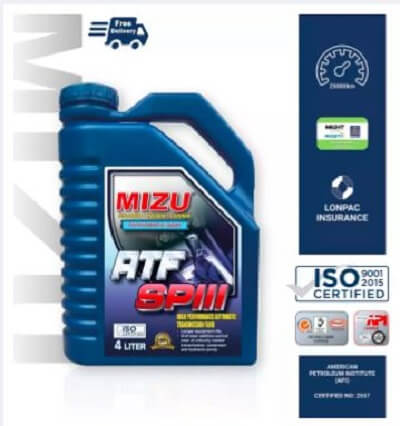 In gear boxes or differentials, pressures in interlocking metals are said to be more extreme.

Because of this, gear boxes require the assistance of gear oil.

What does gear oil contain?

Sulphur forms a protection coating on all metal parts it touches.

Without the coating provided by gear oil, extreme pressures which takes place in the gear box, the parts inside would heat up to a temperature that is considered as hazardous to the operating capability of vehicles and parts will eventually wear out.

Gear oil in passenger vehicles, it is not something that is frequently replaced by motorists, unlike engine oil.

For those of you riding motorcycles, it is recommended that you change your gear oil every 3,800 miles or 6,000 km.

Do remember, that a motorcycle gear will deplete as time goes by.

It then loses its ability to protect the clutch as well as the gear systems of a machine.

How does one go about changing the gear oil of a vehicle?

The same applies as to changing the engine oil.

In the case of motorcycles, replace with oil that is specially intended for motors and scooters duly.

For readers’ information, I use a very popular gear box oil currently available in Malaysia.

It is American made.

Among the properties of the above oil are:

1. it is suitable for all manual transmission.

Finally, it should also be made known that the above gear oil, used by the writer is the only lubricant company in the world ever to be inducted into the Space Foundation Hall of Fame!

Well then, what are you waiting for?

And in doing so, I hope you’ll enjoy easy and smooth changing of gears.