Can Malaysian Driving Licenses Be Used In The United Kingdom? 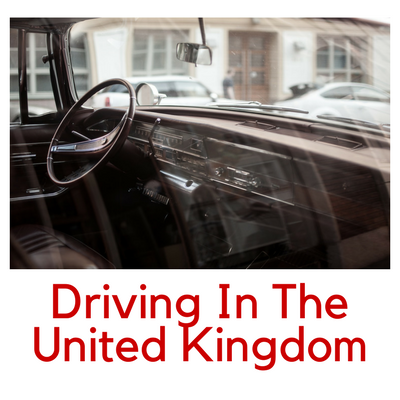 There are certain countries in the world which adheres to strict norms or standards of driving.

If they could, the United Kingdom and Australia, would not accept Malaysian drivers driving in their countries.

The reason for the above being, Malaysia, unfortunately are considered as one of the worst drivers in the world, so to say.

Malaysia, even though a small country with a population of only about 30 million, which includes Sabah and Sarawak, has an accident rate the 3rd highest in the world.

The nation considered as possessing the highest accident rate is China, with India coming behind a close second.

As reiterated earlier, Australia and the U.K., due to its close political relationship with Malaysia, have little choice but to accept the use of Malaysian driving licenses in their countries.

Under the Geneva Conference of 1949 and 1968, the United Nations make it compulsory for all signatory countries to accept each other countries licenses for the sake of convenience to its people.

As such, people especially tourists, students and those coming over to countries like England, Australia, Germany and so forth, are permitted to drive, using their domestic licenses.

But it should not be forgotten however, certain rules and regulations are imposed by the host nation.

Some countries even go to the extent of allowing certain countries to convert its licenses into their countries full license automatically.

Singapore drivers can convert their licenses into British full licenses.

However, it is believed Malaysian drivers cannot have their licenses converted in this manner.

The British authorities, it is said, are not ready to accept Malaysian licenses for conversions.

Malaysian licenses are considered not up to the standard by our British counterparts.

However, as the famous saying goes, “when in Rome, do as the Romans do”.

This essentially means that Malaysians should follow the rules and regulations that are imposed by the British authorities.

For example, Malaysian should see to it that:

i) Their domestic licenses should be valid, that is not expired.

ii) That they should ideally possess International Driving Licenses (I.D.L.).

This license is normally issued by the country of origin, that in this case, Kuala Lumpur, Malaysia.

As far as I am concerned, and according to a blog site which I read, Malaysian should remember that their domestic driving licenses and I.D.L. mentioned earlier can only be used for a period of not more than 120 days in the U.K. only.

Should a Malaysia driver in the United Kingdom wish to continue to drive in the country, then he or she should contemplate getting a full British license instead before the expiry of the 120 days permitted.

Driving after the above period will obviously land him in hot soup with the British authorities.

The procedures towards obtaining a full British license are:

i) Secure a provisional or “L” driving license first.

Malaysian should however realize that to get a full British license takes time.

Unlike in Malaysia, getting such a license is no easy task!

Any foreigners, who is capable of securing a British driving license will obviously end up a good and better driver all round.

One in fact should feel immensely proud to be able to secure a U.K. driving license while he or she is on a social visit or on a student mission while in the United Kingdom.

It is in fact an achievement in itself!

I will continue later to write upon in more detail on the procedure of getting a full British license in my forthcoming articles.

Suffice that this blog advises Malaysians driving in the United Kingdom to drive on the left, give way to traffic on the right always and also to remember to wear your seat belts, both front and rear passengers, and most important of all, have insurance coverage while you are driving there.